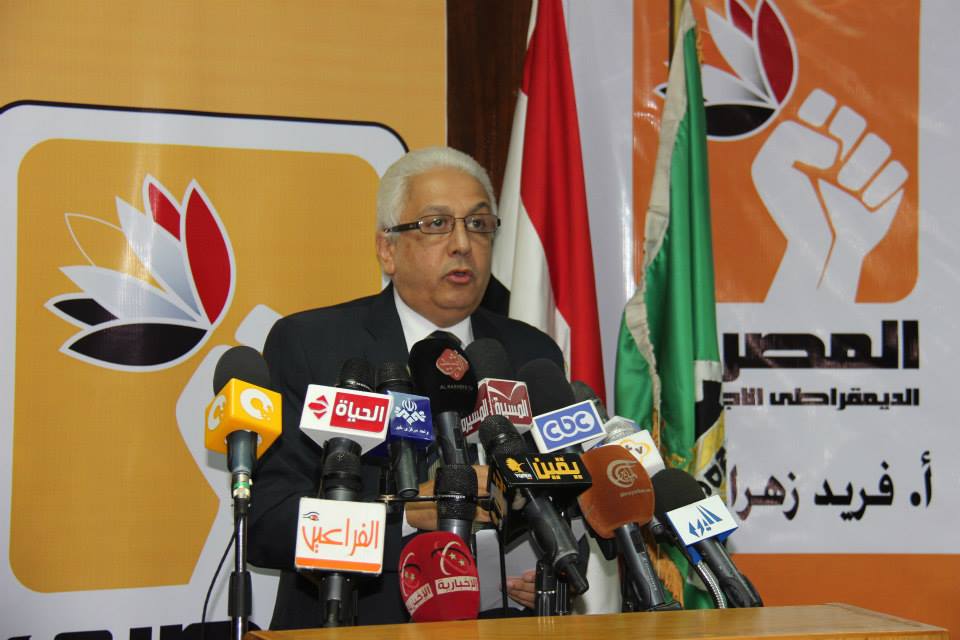 The construction of the Grand Ethiopian Renaissance Dam without consulting with Egypt and Sudan ignores international laws and agreements, read a statement released by the Egyptian Social Democratic Party (ESDP).

The statement, issued during a press conference on Monday, suggested sending an Egyptian and Sudanese technical delegation to Ethiopia to help operate and manage the dam to ensure the Blue Nile continues to flow regularly.

The ESDP also suggested that the dam only be used to provide electricity, and not for irrigating crops, in addition to prolonging the period of the filling of the dam.

Hossam Fahmy, president of the Irrigation Committee of the ESDP, said that the Nasser Lake will probably reach its lowest levels during the time when the Ethiopian dam is filling up.

He said there will not be enough water to produce and generate electricity in this case, in addition to not having enough water for irrigation and navigation.

The ESDP also announced in their statement that in case their suggestions are executed, the Egyptian government can start negotiations about investing in the dam and helping to provide it with technical support.

“The way the Egyptian government handled the issue of the dam is considered as a crime against its people,” said Emad Gad, vice-chairman of the ESDP, during the press conference:

“Institutions best qualified to deal with issues of foreign policy were marginalised.”

Gad added: “The government has been dealing with countries in Sub-Saharan Africa in a racist manner.” He also stated that Egyptians should not blame Israel’s support of Sub-Saharan countries since they are looking out for their interests.

The ESDP also announced their participation in the sit-in at the Ministry of Culture on Monday starting 7:30 pm to support the demonstrating artists and intellectuals.