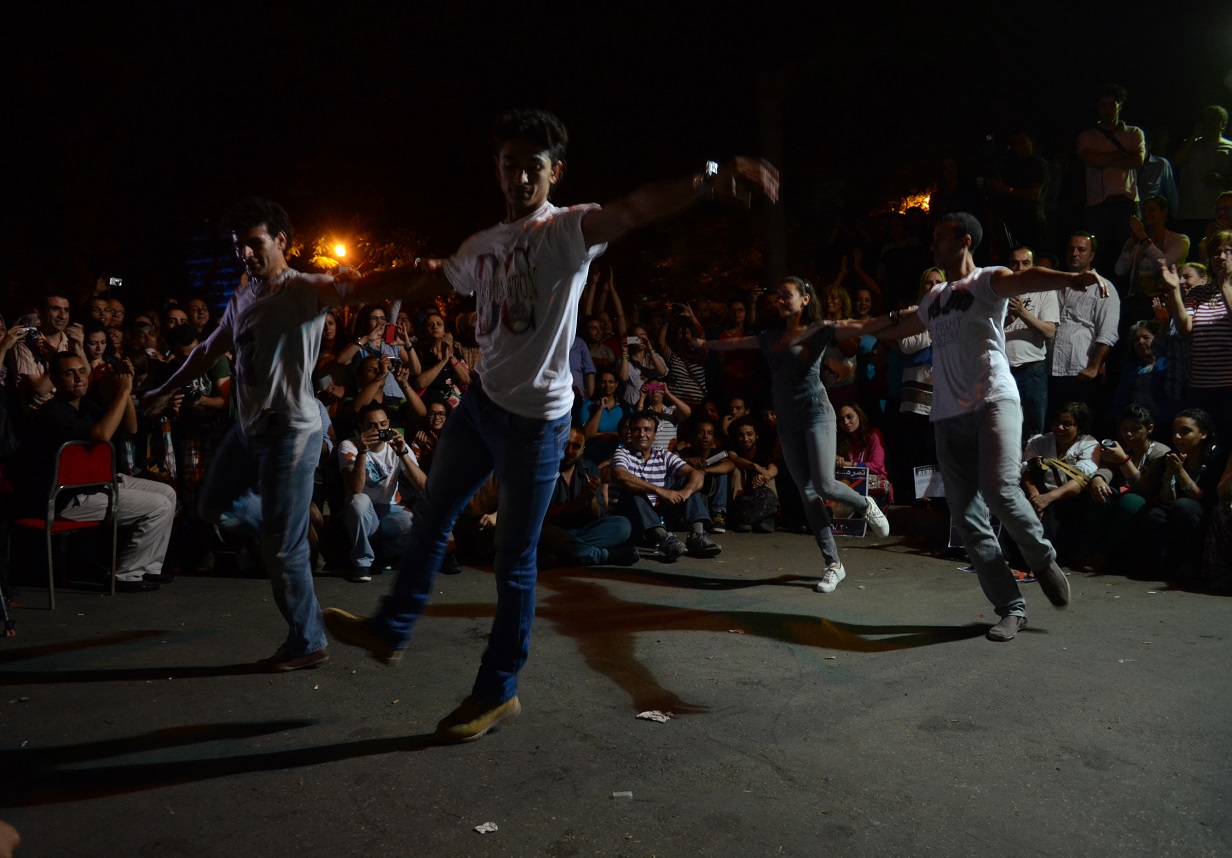 Ballet dancers performed Zorbas on the streets of Zamalek in front of the Ministry of Culture on Sunday night to protest Minister of Culture Alaa Abdel Aziz as well as Shura Council discussions over banning ballet.

Islamist Shura Council member Gamal Hamed from the Salafi Al-Nour Party had called ballet “the art of nudity” and said it “promotes indecency” during a council session discussing the arts and culture budget on 28 May.

Artists and other demonstrators were continuing a sit-in at the Ministry of Culture, demanding the removal of Abdel Aziz as culture minister.

Effat, the spokesperson of the Revolutionary Artists Union, said more people are joining the sit-in every day.

In response to Abdel Aziz’s dismissive claims, Effat said: “We don’t have a minister of culture, popular will dismissed him.”

Officials from the Ministry of Culture refused to comment.