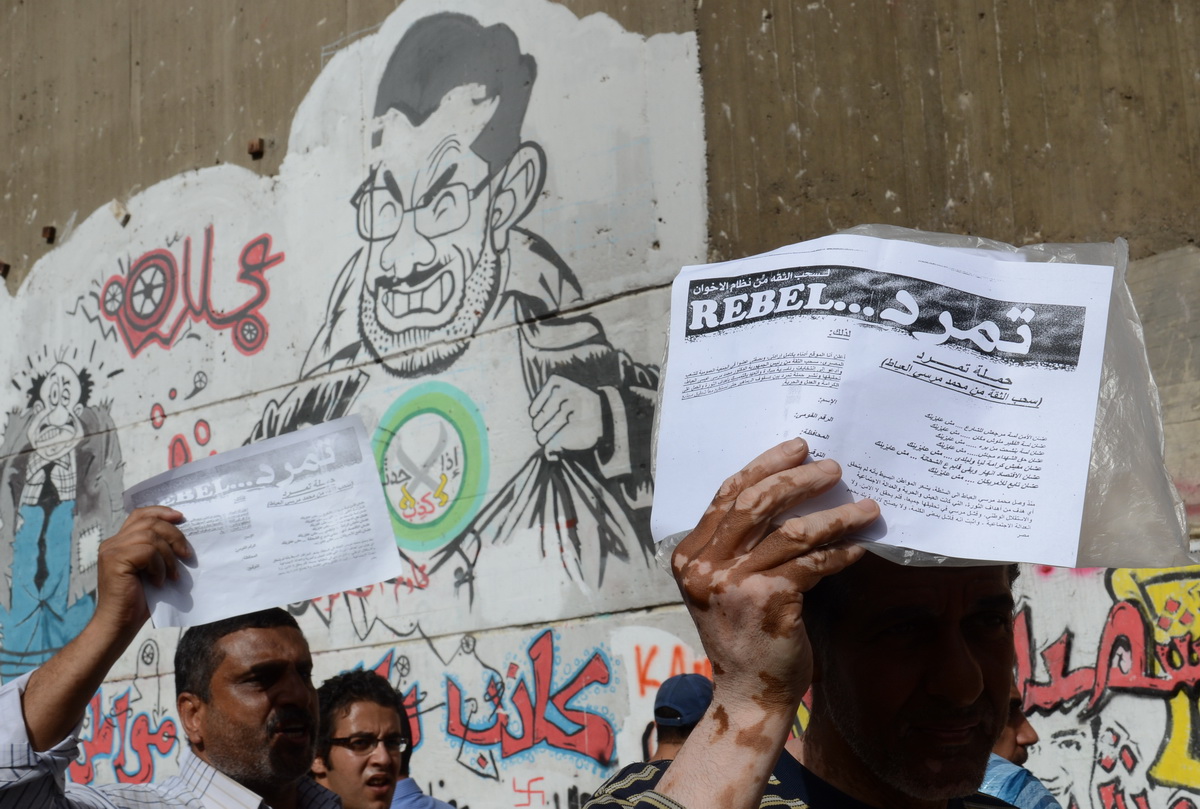 The Tamarod campaign plans to file a lawsuit accusing President Mohamed Morsi of “criminal impersonation” of the president as soon as they collect 15 million signatures.

The campaign has been collecting signatures from citizens withdrawing confidence from Morsi as president since the end of April.

Campaign spokesperson, Mai Wahba, stated that a lawsuit will be filed against Morsi as soon as 15 million signatures are collected.

“We will then head to the Supreme Constitutional Court (SCC) and demand that they call for early presidential elections,” Wahba said.

“During the transitional period between the overthrow of Morsi and the election of a new president, the chairman of the SCC would become acting president and a coalition cabinet would be formed to include all the national political movements.”

Wahba stated that the aforementioned procedures would take place as soon as the 15 million signatures are collected and not necessarily on 30 June, the day when Tamarod is organising nationwide protests calling for early presidential elections. 30 June marks Morsi’s first year anniversary in office.

Tamarod announced that they had collected almost 7.5 million signatures during a press conference on 29 May.

Meanwhile other political movements proposed their vision for the transitional period they presume would follow the 30 June protests.

The Alliance of Revolutionary Forces proposed assembling a transitional council for six months, made up of five people including the chairman of the SCC and the minister of defence. The remaining three would be civilian figures, including one from an Islamist political faction.

Tamarod’s call for early presidential elections has so far been met with mixed reactions from political movements. While most liberal movements announced their support for the campaign and planned protests on 30 June, almost all Islamist movements denounced the campaign’s demands.

President Morsi rejected the calls for early presidential elections, stating on Friday that such “absurd” calls violate the constitution.