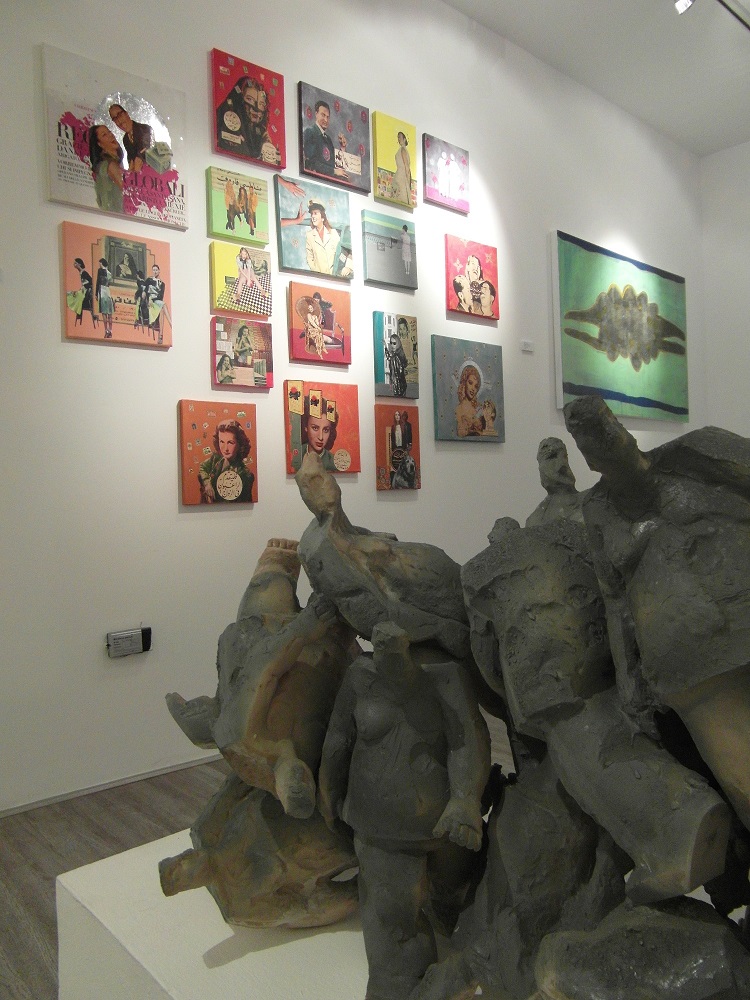 Thirteen artists are being showcased for the Downtown exhibit at Gallery Misr until 27 June.

Mahmoud Hamdi, curator of the exhibition, asked different Egyptian artists to work with the theme of “downtown”. “Especially now, after the revolution, the area of downtown is an interesting place to represent in art. There are completely different elements to which the artists can react, concerning Downtown Cairo,” he said when asked why he chose the theme.

“Each one of them worked from his or her point of view.”

What appears throughout the artworks of the different artists is a kind of nostalgia, more or less repressed, more or less enlightened. In one of artist Mohamed Ezz Eldin’s re-coloured photographs, a young girl stares straight ahead. Her face is layered on a building, whose colours are faded; she looks sad. The emphasised idea is the nostalgia in remembering the past, as a finished dream, while underlining the disillusioned present.

When Dahlia Refaat wakes up from her dream, as she describes it in her artwork, the car horns take her back to reality. The fishmonger of her childhood remained at the same place, but she is not amazed anymore and dreams of the quiet oasis of Siwa.

Downtown is also about the impact of time and neglect on our environment, which can be seen in Renia Fouad’s work, the way time affects and deteriorates things.

Nostalgia can extend to regret, for Egypt’s prosperous past, for the related greatness of its previous leaders and its old beautiful buildings which are nowadays flouted. Mohamed El-Masry wanted to underline Egypt’s current monstrosity in the way present and past are coexisting in Downtown Cairo. His “balloon sellers” pictures show statues of famous Egyptian leaders holding bunches of colourful balloons. There are ugly protuberances on the buildings in Downtown Cairo, destroying their former prestige. However, the strokes of Ibrahim Saad’s pencil show us that they can bring life to still sceneries.

Downtown relates the story of its inhabitants as well. Aya El-Fallah’s paintings blend the pictures of women with maps of Cairo streets. She seems to criticise the exploitation of women’s bodies and the ways they dress. The women she represents are wearing their bras outside their t-shirts. Another issue is the lack of space. Kamal El-Feky’s statue reminds us that people are stacked in the cities, while Ahmad Talal’s paintings ask us to look at traffic jams and crowded vehicles in a different way; Egypt is a country where different ideologies coexist. People can clash, but they also adapt to one another.

The exhibition presents us with different ways of looking at Downtown Cairo. Through the gazes of 13 artists, one can uncover the heart of the city and dissect it by simply gazing at the wide array of artworks.