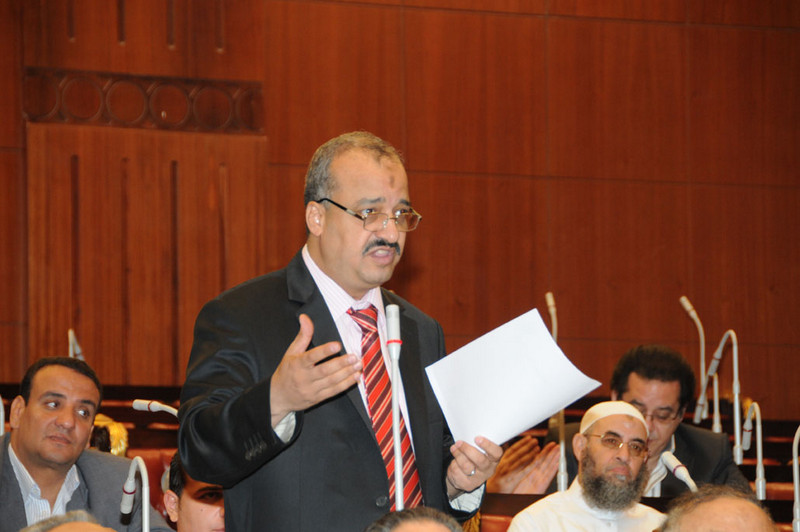 According to Mohamed El-Beltagy violent demonstrations on 30 June have the potential to exacerbate political divisions in Egypt in an “irreversible” manner.

El-Beltagy, who is a member of the FJP’s executive bureau and senior Muslim Brotherhood figure warned that renewed clashes and bloodshed would “come as a success to the former regime,” according to comments published by the party’s online portal.

El-Beltagy said the main “battle” in Egypt was between groups siding with the revolution and the remnants of the former regime, which had culminated in fatal clashes such as those at the Presidential Palace in December and near the Muslim Brotherhood headquarters in March.

Member of Al-Jamaa Al-Islamiya Assem Abdel Maged, who founded the Tagarod campaign that seeks to collect signatures in support of President Mohamed Morsi’s legitimacy, said communists, remnants of the old regime, and “extremist Copts” were behind the attempt to create instability on 30 June during an interview on conservative Salafi channel Al-Hafez on Monday night.

Abdel Maged, who has called the president’s supporters to demonstrate on 28-30 June, claimed that Tamarod had hired assailants to attack anti-Brotherhood rallies in an effort to frame Morsi’s government.

“Dr Morsi, the Muslim Brotherhood, Hamas, and Islamist movements are not responsible for violence on 30 June,” said Abdel Maged.

“We might disagree about the legitimacy and logic of the demands brought on 30 June,” tweeted the assistant to the president for political affairs, Pakinam El-Sharkawy, on Tuesday, “but all Egyptians must agree on the need for freedom of peaceful demonstrations and expression.”