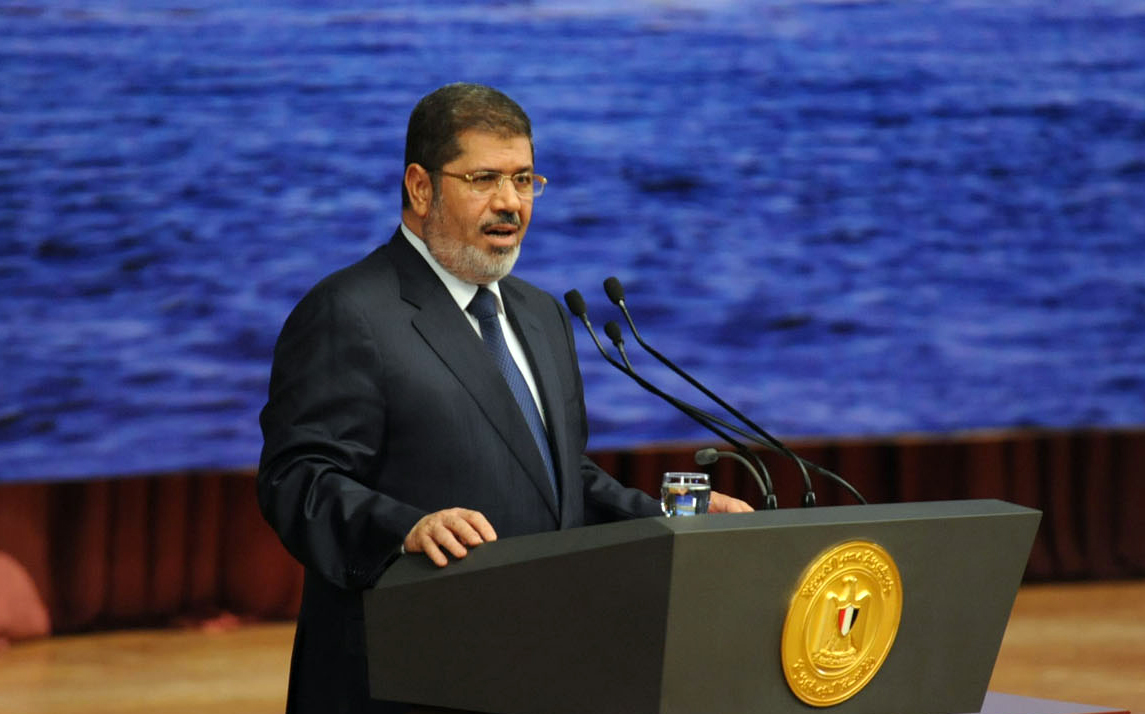 “If our share of Nile water decreases, our blood will be the alternative” said President Mohamed Morsi in his speech at the Popular Conference on Egypt’s Rights to Nile Water on Monday.

The conference was called for by Islamist Parties to discuss the issue of the Grand Ethiopian Renaissance Dam (GERD) and its effects on Egypt’s share of Nile water.

In his speech Morsi said the Egyptian people are “patient” and can endure anything except threats to their security or their source of life [the Nile]. “If there are such threats, Egyptians will unite to uproot the threats wherever they are coming from and all those who support them.”

He explained that to evaluate the issue of the dam accurately, we have to mention all the exchanges and steps taken by Egypt towards Ethiopia and Sudan, “our partners in the eastern Nile Basin” throughout the past two years.

“Since May 2011 Egypt has been a part of an international panel of experts (IPoE) formed to study and assess the potential effects of the GERD on both downstream countries Egypt and Sudan,” Morsi said.

He explained that the IPoE held six meetings and visited the site of the dam four times; they gathered all the Ethiopian studies and data about the dam and concluded that the available studies don’t level up with such a huge and important project.

“Egypt conducted parallel technical studies with the help of international experts; the studies showed the dam had potentially negative effects on Egypt if it was constructed according to the current Ethiopian model,” he added.

Morsi said that he met with the Egyptian delegation of the IPoE as soon as they returned from Ethiopia; the meeting was followed by two other meetings with the political groups and the cabinet.

“We decided to establish a national committee of official and popular figures along with experts to handle the dam situation,” said Morsi.

The president added that Ethiopia and Sudan were Egypt’s sisterly nations. “We love Africa and its entire people.”

The past two years witnessed clear progress in Egypt’s relations with Nile Basin countries, especially Ethiopia. The president and the prime minister as well as a large number of ministers visited Ethiopia and the Egyptian investments in Ethiopia reached more than $2bn, according to Morsi.

In his speech, the president also stressed that all options are open when it comes to threats to Egypt’s share of the Nile. “The greatness of the Egyptian people lies in their unity in times of crisis… I urge [the Egyptian people] to offer advice and opinions on the issue even if I disagree with some of them.”

He also addressed opposition groups, saying differing opinions are healthy in a “newly born democratic system,” but when it came to major challenges facing Egypt partisan and political disputes should be put aside. “I call for a comprehensive national reconciliation with the single goal of loyally serving our beloved Egypt,” Morsi added.

“Our initiative is based on the basic principal of approving any developmental project in Nile Basin countries provided they would not affect the legal or historic rights of Egypt or any country in Nile water.”

The conference was organised by predominantly Islamist and Salafi parties, including the Freedom and Justice, Al-Nour, Al-Wasat, Building and Development, Labour, Al-Watan, Al-Asala, Al-Fadila and Al-Shaab parties, among others.

They announced the conference on Wednesday and invited President Morsi, Prime Minister Hesham Qandil and his cabinet, representatives from the Church and Al-Azhar as well as all political movements.