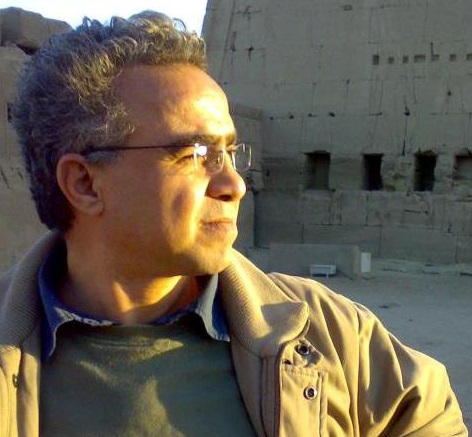 Egyptian author  Karam Saber was handed a five-year jail sentence by a misdemeanours court in Beni Suef on Wednesday for contempt of religion.

Saber authored a collection of short stories in 2011 titled “Where is God?” after which a collective of plaintiffs lodged a complaint against him.

The writer told state-owned Al-Ahram that no religious institution, including Al-Azhar and the Church, should have a role in interfering in any literary work or impose restrictions.

He said he would appeal the ruling by the Beni Suef court and said he had contacted the Writers Union, which will hold a seminar to discuss the matter.

This week Amnesty International condemned the rise in blasphemy cases in Egypt, saying they were primarily used to target bloggers, media professionals, and Coptic Christians.

The reaction came at the heels of the conviction of 24-year-old Christian schoolteacher Demiana Abdel Nour for defaming Islam and insulting the Prophet Muhammad.

The Writers Union declined on Thursday to comment on Saber’s case.

The Arab Network for Human Rights Information condemned the complaint filed against Saber, calling it a deliberate restriction on art and creativity.