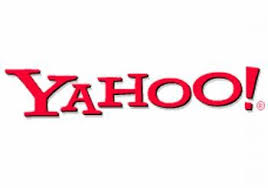 AFP – Yahoo on Wednesday announced it has bought a startup that makes picture-taking applications for iPhones to enhance its Flickr photo service.

Yahoo did not disclose how much it paid for GhostBird Software, the company behind KitCam and PhotoForge2 apps for Apple’s popular smartphones.

“We’ll integrate many of the mobile photography experiences from GhostBird into our Flickr apps,” Yahoo said in a brief email statement.

People who have installed KitCam or PhotoForge2 apps on iPhones will still be able to use the mini-programs, but Yahoo yanked them from Apple’s online App Store and planned no updates for the future.

“Over the last few years, mobile photography has really taken off,” the GhostBird Team said in a blog post confirming the takeover.

“We’re thrilled to be able to bring our technology and passion for beautiful photos to the Flickr team.”

Yahoo last month unveiled a dusted-off design of its Flickr photo platform only hours after the company’s dramatic acquisition of blogging site Tumblr.

Since former Google executive Mayer became chief at Yahoo in July of last year, the company has racked up a series of acquisitions including startups Alike, Stamped, Snip.it and a Summly application built by a British teen.

Yahoo! is reported to be eyeing online video website Hulu after its bid to buy a majority stake in France-based Dailymotion was derailed in May.

Mayer’s plan for reviving the fortunes of the faded Internet pioneer includes making priorities of mobile devices, video, personalized digital content, and elevating the company’s popularity outside the United States.