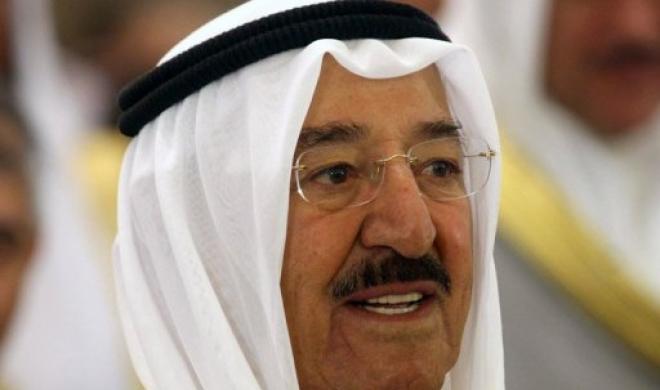 By Omar Hasan (AFP) – Kuwait now stands at a political crossroads ahead of a crucial court ruling on Sunday on a controversial electoral law, with the decision affecting the future of democracy itself in the oil-rich state.

The constitutional court, whose verdicts are final, will rule whether an amendment decreed by the emir last October to the electoral law is constitutional or not.

His decree intensified a bitter political crisis that had engulfed the emirate in 2006, sparking a wave of street protests, some of which turned violent.

Politicians, legal experts and opposition activists say Sunday’s verdict could determine whether Kuwait, the first Gulf state to embrace democracy with its own parliament since 1962, stays democratic.

The emir, Sheikh Sabah al-Ahmad al-Sabah, has explicitly said he will accept the constitutional court’s verdict.

Kuwait was long looked upon by neighbouring Gulf nations as a beacon of democracy with its vibrant parliament and freedom of speech.

But this image has been shattered by years of non-stop wrangling since the electoral law was changed in 2006 after popular protests, allowing each eligible voter to choose a maximum of four candidates.

The emir later used a highly controversial clause in the constitution to issue his decree amending the 2006 law, reducing the number of candidates a voter can pick to just one.

The clause at stake in Sunday’s ruling gives the emir powers to issue legislation when necessary and in emergency situations such as when parliament is either not in session or has been dissolved.

The current 50-seat parliament is entirely composed of government loyalists, after the opposition boycotted a general election last December 1.

Sunday’s verdict could restrict the emir’s authority in issuing legislation and lead to parliament being dissolved for the second time in a year.

“On June 16, governance will either return to the people or (there will be) autocratic rule,” leading opposition figure and former MP Mussallam al-Barrak told an opposition gathering this week.

“The regime wants autocracy… but through the constitutional court,” he said.

Islamist, nationalist and liberal opposition groups said the emir’s decree was unconstitutional, enabling the government to manipulate election results and subsequent legislation as a consequence.

“It may decide that ruling on emergency decrees issued by the emir is beyond the court’s jurisdiction, which means the amendment of the electoral law will be confirmed, though indirectly,” he said.

“The second possibility is that the court may nullify the amendment decree which means scrapping parliament and holding a fresh election on the basis of the old electoral law” of 2006, Abdullah said.

“Under this scenario, the court will effectively rationalise the head of state’s powers to issue legislation in the absence of parliament.”

The third possibility is that the court could uphold the decree and maintain the status quo.

And fourth, it could order parliament dissolved over “procedural flaws” but keep the controversial amendment intact.

Independent political analyst Dahem al-Qahtani said if the court confirms the decree, the political crisis in the emirate will intensify and there will be demands for a new constitution.

“I believe that if the court upholds the decree, it will abolish parliament’s power to formulate the election system which means the end of the 1962 constitution,” Qahtani told AFP.

“This will trigger demands for a new constitution and the political crisis will intensify in an unprecedented way.”

On Wednesday, the opposition reiterated a pledge made last month that it will not take part in any future election that is not based on the electoral law passed in 2006.

Opposition members have warned of serious consequences if the court upholds the decree, saying this will in practice undermine Kuwait’s democratic system.

“The constitutional court faces a historic responsibility. Either it takes the country back on the track of reforms or it takes it to destruction,” Islamist former MP Khaled al-Sultan said.

Former parliament speaker and opposition leader Ahmad al-Saadun told reporters on Wednesday: “We are at a crossroads… either we go back to stability or bypass the constitution and head into the unknown.”

Since 1750, Kuwait has been ruled by the Al-Sabah dynasty, but the opposition has repeatedly said it is not challenging Al-Sabah rule per se.