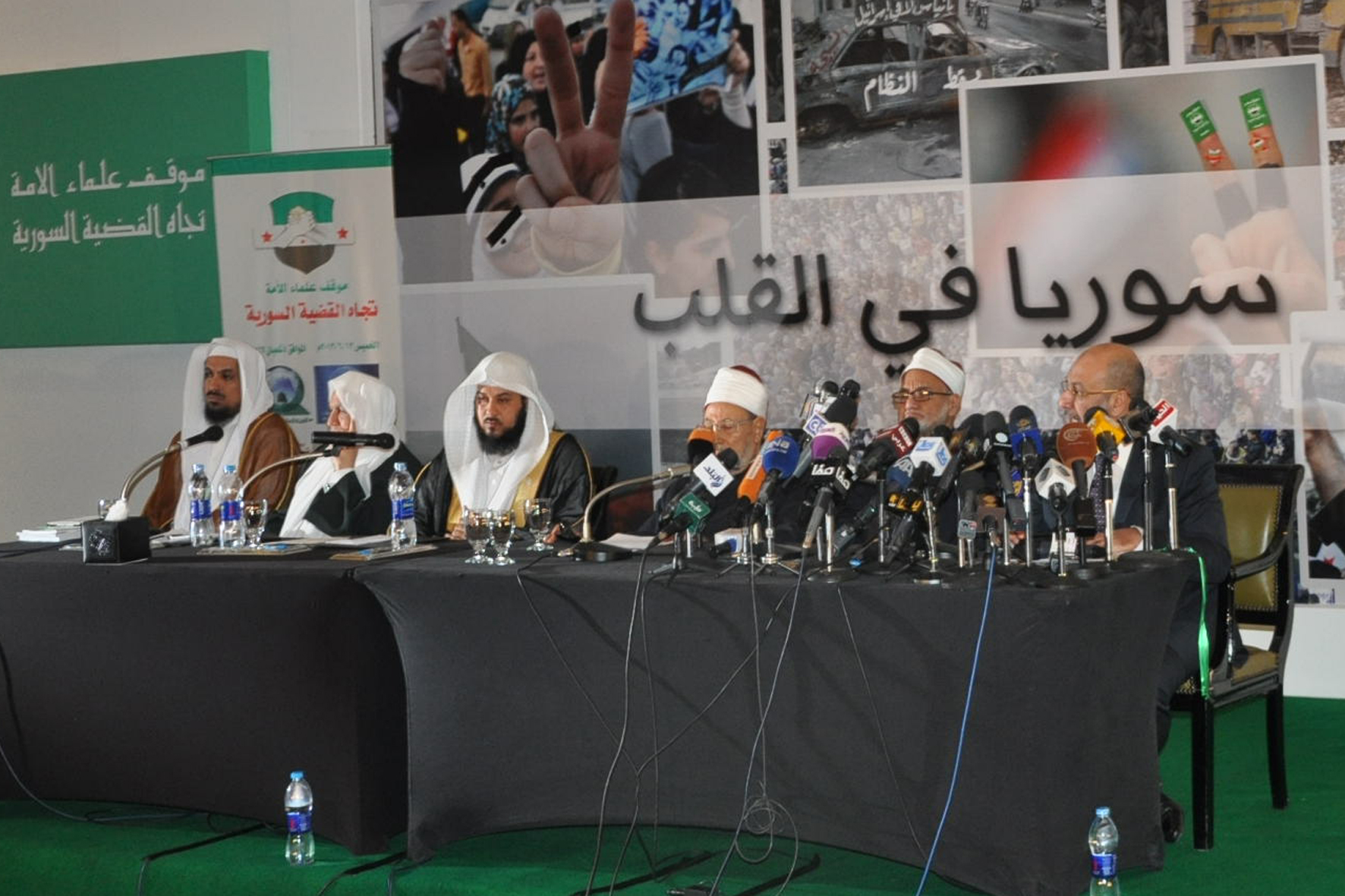 President Mohamed Morsi discussed Syrian developments with Islamic scholars from around the region during a conference in Cairo.

The Thursday meeting came after the end of a conference titled the The Position of the Nation’s Scholars on the Developments in Syria.

Influential cleric Mohamed Yusuf Al-Qaradawi was present for both the conference and meeting.

Morsi said during the meeting that the suffering of the Syrian people requires uniting efforts of the Islamic and Arabic world. He stressed that Egypt supports any step that will end bloodshed in Syria.

Hassan also said Iran, Hezbollah and their sectarian allies are waging a war on Islam and Muslims. The scholars called on Muslims to boycott the Iranian goods and companies.

In response to a question by the Associated Press, Presidential Coordinator for Foreign Affairs Khaled Al-Qazzaz said on Thursday that the Egyptian government takes no measures against people who go to fight in Syria, adding that the right to travel is open for all Egyptians.