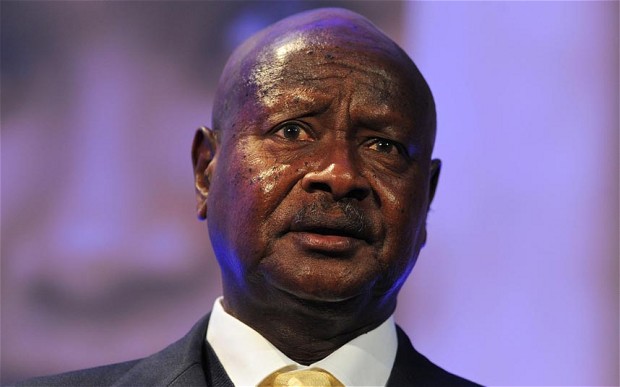 Ethiopia, alongside other African nations, needs giant hydropower plants such as the Grand Ethiopian Renaissance Dam (GERD) to upgrade its economy, said Ugandan President Yoweri Museveni in a national address on Thursday.

The President of Uganda expressed his full support of the GERD, adding that such projects would help preserve the African environment as it would give African countries a sustainable energy alternative.

Museveni’s statements closely followed the Ethiopian parliament’s ratification of the Nile River Cooperative Framework Agreement that aims to challenge Egypt and Sudan’s claims to the majority of the Nile River waters.

The parliamentary ratification comes amid threats by Egyptian politicians against Ethiopia for attempting to replace colonial-era agreements that guarantee Egypt “natural and historic rights” to the Nile waters.

Ethiopian officials have called on Egypt to address the issue through diplomacy and negotiations to create a win-win situation for both countries. However, President Mohamed Morsi warned Ethiopia on Monday that “all options are open” to stop the dam’s construction.

“It is advisable that chauvinistic statements coming out of Egypt are restrained and through the Nile Valley Organisation rational discussions take place,” President Museveni said. “No African wants to hurt Egypt, but Egypt cannot continue to hurt black Africa and the countries of the tropics of Africa.”

The Egyptian presidency release a statement on Tuesday stressing its support of the development of all African nations, especially the Nile Basin countries, in a manner which benefits all parties and does not  harm Egypt’s water interests.

The statement, which cited a phone conversation between Morsi and United Nations Secretary General Ban Ki-moon regarding the dam construction among other issues, added that Egypt also respects all signed agreements and positive relations between the country and all African states, especially Ethiopia.

Last month, Ethiopia began diverting the waters of the Blue Nile in its construction of the GERD, a $4.2bn hydro-electric dam that Egyptian analysts claim will diminish Egypt’s water supply.

Uganda’s Museveni sworn in for a fifth term