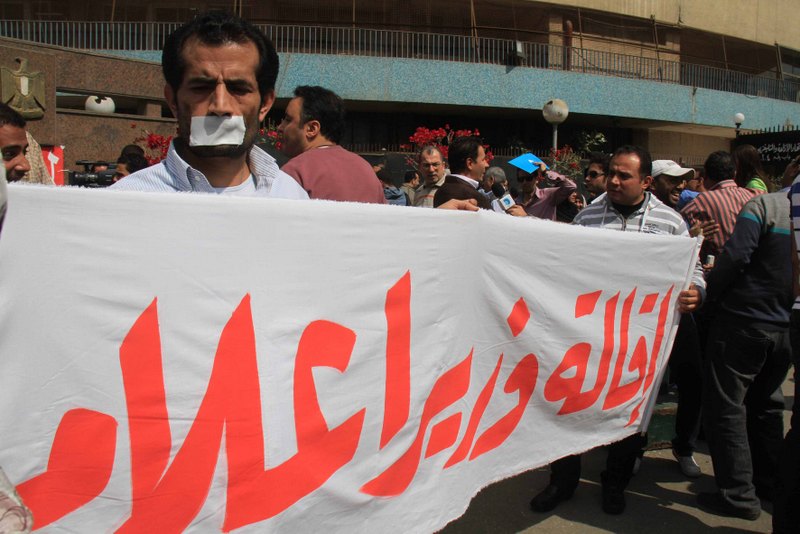 The conference, titled Arab Journalism: the Present and the Future in Light of the Arab Spring, was organised by the National Coalition for Media Freedom (NCMF) with participation from media representatives in nine Arab countries including Egypt, Yemen, Syria, Bahrain, Saudi Arabia, Palestine, Algeria, Morocco and Sudan.

The statement said one of the greatest achievements of Arab revolutions is the increasing influence of new media and electronic journalism, “which represents an end to the era of information monopolies by the authority,” the statement read.

Participants in the conference will study the possibility of transforming the NCMF into an Arab civil organisation pushing for freedom of Arab press and countering media monopolies.

The failure of transitional authorities to fulfil the objectives of Arab Spring revolutions obliges media professionals to ally with different revolutionary and national groups to work on establishing the notion of freedom of the press, obliging many to push media systems in the direction of independence and adhering to professional ethics, said the statement.

The statement also stressed the importance of supporting NGOs and civil organisations promoting press freedom and monitoring violations against journalists and media professionals.

“Arab people revolted for freedom; they demanded their right to accurate media and reporting the truth transparently.”

Ragaei Al-Merghany, general coordinator of NCMF, told state-run news agency MENA that the conference was one of the first activities of the coalition that comprises dozens of activists in the media sector. It also includes representatives of more than 20 organisations working on freedom of expression.

The Association for Freedom of Thought and Expression (AFTE) released an index in May documenting violations that took place against journalists in Egypt between January and March 2013.

Violations against media practitioners include court orders against them, arrests and assaults. Many reported damage to their equipment during arrests and searches.