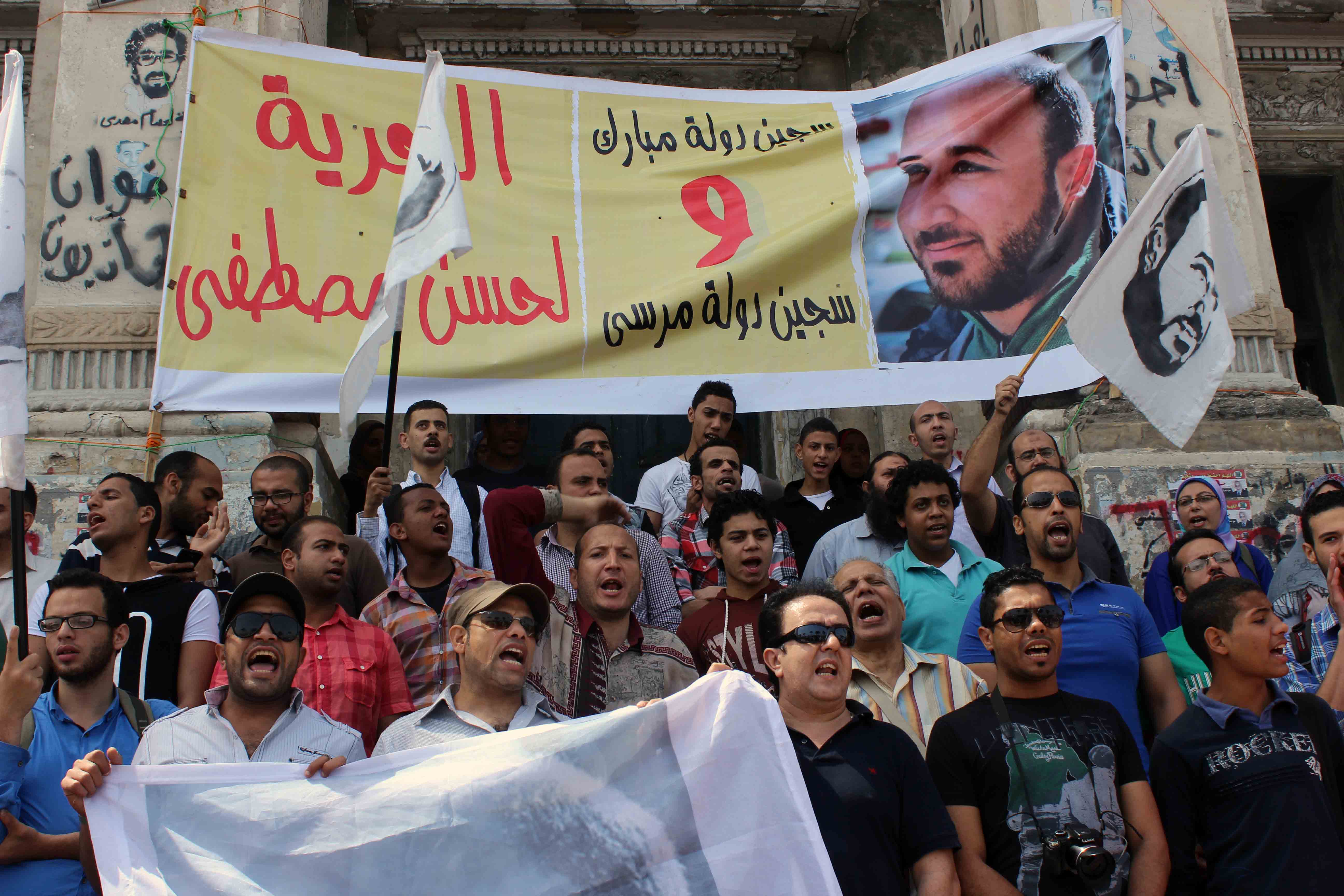 Alexandria-based procurement manager and political activist Hassan Mustafa’s sentence was reduced on appeal on Saturday to one year of hard labour.

Mustafa was arrested in January and was initially sentenced to two years  hard labour in March on charges of assaulting prosecutor Ahmed Darwish, which the activist’s lawyers appealed in April.

Darwish accused Mustafa of slapping him on the face, causing a “reddened left cheek”, according to a medical report. Mustafa and several eyewitnesses repeatedly denied the accusation.

Saturday’s court verdict was followed by angry protests which took off from Al-Manshiya Court and headed to Mustafa’s house. Hamdy Khalaf, one of Mustafa’s lawyers and a witness to his altercation with Darwish, said everybody was surprised with the “harsh” verdict Mustafa received.

One of the witnesses who testified against Mustafa reportedly has a criminal record. Khalaf said he was suspicious of the witness’s testimony. He added that several charges have been brought against this witness by the prosecution district to which Darwish belongs.

“This verdict is more unfair to us witnesses than it is to Mustafa,” Khalaf said. “We all know it’s a fabricated charge.”

Mustafa allegedly slapped the prosecutor as he accompanied human rights lawyers and other activists to Al-Manshiya Court Complex on 21 January to check on a number of detainees. The detainees had been arrested after clashes that followed the trial of police officers accused of killing protesters on 25 January.

The prosecutor Mustafa allegedly assaulted, Ahmed Darwish, is a member of the Manshiya prosecution, the same prosecution office that investigated Mustafa. His lawyers claim this is illegal and a conflict of interest.

Article 46 of the Investigation Law states that if an individual prosecutor or the prosecution office is part of a case, whether as the plaintiff or defendant, an independent judge should conduct the investigation.

Khalaf stated that Mustafa’s lawyers have not decided whether they will challenge the verdict at the Court of Cassation. “It’s a decision that needs to be studied by Mustafa’s entire legal team of,” he said.

On 7 May, Sidi Gaber prosecution referred Mustafa to the criminal court for another charge. He is accused of inciting citizens to block the railway and helping detainees escape.  These charges are currently under investigation.

Hassan Mustafa is a prominent Alexandrian activist most famous for helping to shed light on the Khaled Said murder case in 2010. He has entered into a hunger strike twice since his imprisonment.