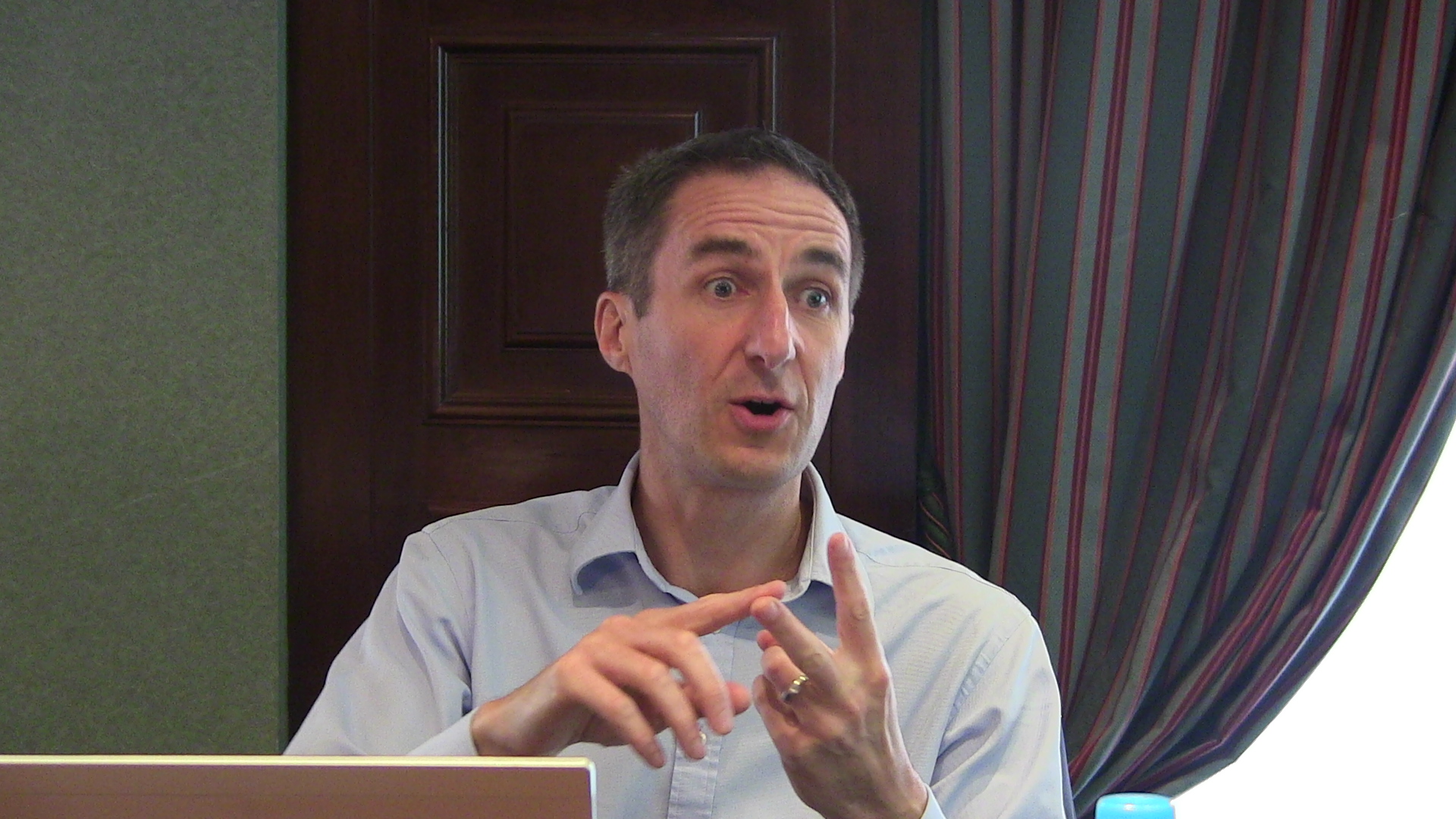 Since 1994, Centmain, owner of the mining rights at the Al- Sukari goldmine, has pumped upwards of $836m worth of investments into Egypt, out of a total of $1bn, with the remaining $164m set to arrive over the next year, said the company’s Director for Business Development and Investor Relations Andy Davidson.

Davidson stated that since the beginning of this year the company had recovered between 50% to 60% of its total investment, or a total of $900m from the time production started in 2010 up through the end of 2012. He added that the company had also paid a total of $27m in royalties to the country’s Mineral Resources Authority, a total of 3% of Centamin’s total returns, in addition to $460m in operating costs. This leaves a total of $410m in dividends that the company has been able to distribute to shareholders thus far.

According to new 2013 indicators, the company’s rate of recovery relative to its cost of investment is expected to increase compared to previous years. The company expects to produce 300,000 ounces of gold as opposed to 260,000 in 2012, with recovery of revenues made from sales set to be collected every 6 months.

He stated that the company will begin profit sharing with the Egyptian government beginning in 2014, during which Egypt is expected to receive between $40-50m in revenues and funds. This number is expected to increase to anywhere between $50m and $100m in 2015, and $200m in 2016. These statistics are based on the current international price of gold at $1400 per ounce; however expected increases in international prices may cause these numbers to rise.

Under the agreement, the Egyptian government is set to receive 40% of all profits for a period of two years, with the former set to increase its share to 45% for an additional two years, with each side reaching 50% after the first four years.

He added that, “the company will begin the profit-sharing process once all costs are paid for and investments are concluded,” further stating that, “we are approaching our goal of concluding investment by 2014, which means we can begin the process of recovering the costs of these investments.”

Total profits set to be acquired by Egypt’s State Treasury from operations at the Al-Sukari gold mine are expected to total $4bn over a 26 year period, with a total of $450m paid in royalties during this period.

He stated that as of now, the Egyptian government owns 53% of the Al-Sukari gold mine, a high share considering that most major countries involved in the mining sector own between 30% to 35% of local mines. He stated that the country’s mining sector was still crawling with investments, but that it would still be necessary to provide additional incentives for businesses in order to attract additional investment. A number of studies he said have also concluded that Egypt has large reserves of gold, and is among the world’s largest producers.

Davidson stated that as of now Centamin has paid the Egyptian government $8.2m worth of its profit shares, despite the fact that the contract signed between the two parties does not request that Centamin do so until after all its investment costs have been paid for and covered, a condition which has not yet been met.

When asked about requests made by some to polish and purify gold mined in Egypt within the country itself, as opposed to contracting the process out abroad, Davidson stated that Centamin did not plan on constructing a purifying lab in Egypt, due to the large investment costs such a move would require. Only 5 gold purifying laboratories currently existed throughout the world, he added. He then pointed out that gold acquired from the Al-Sukari mine on average needed to be polished and purified ten times before it was market ready.

The purification process he said represents 1% of the value of the gold itself. Transporting polished gold to Egypt however is an expensive process, he explained, as such a task requires the implementation of intense security measures. For this reason, Egypt’s Central Bank has stated that at the moment the country is not in need of gold, but rather increased liquidity in the form of hard currency, which would enable the government to better sell the gold.

The company expects to complete construction operations for the project’s fourth stage by the end of this year, at a cost of $325m. Experimental production rates during this stage are expected to reach 300,000 ounces of gold produced in 2013, with this number increasing to 500,000 by 2015. He added that Pharoanic Company, jointly owned and operated by the Egyptian government and Centamin, has recently been equipped with new mining technology which will enable it to more efficiently mine gold. This will improve Egypt’s status as one of the world’s largest gold producing countries, he said.

He stated that, “after completion of the fourth stage of the project, Egypt will rank 22nd in the world in terms of its number of domestic gold mines, with reserves totaling 15.5 million ounces.”

He further stated that the company had, “not borrowed even a penny from any banks” in order to fund the construction and operation of the project, saying instead that its funding stemmed from investments and contributions made by shareholders, the largest of whom is the Al-Rajhi family, which owns 5% of the company’s total stock. Other prominent shareholders, he said, were located mostly in Egypt and in Europe.

Davidson added that the previous ruling made by Egypt’s Administrative Court to nullify the government’s contract with Centamin regarding the Al-Sukari gold mine forced the value of the company’s stock to decrease 80% over the last two years on the London Stock Exchange. Political, judicial and legislative unrest and instability within Egypt has pushed a number of investors to withdraw their money from the company he said, adding however that Centamin has been able since then to quickly find and replace them with new shareholders.

The court did however recently rule in favour of the government and the company’s challenge to the ruling, preventing the nullification of the contract, a positive step towards recognising the legal soundness of the law, he said. The court initially sought to nullify the contract based on claims that it was not signed by Egypt’s Petroleum Minister, claims Davidson rejected, who stated that evidence had been presented to court proving that the Minister did in fact sign the contract.

He added that the ruling did not negatively affect the company so much as it did Egypt’s international reputation, saying that all investment for the project coming from Centamin was so far going according to plan. Legal comments being made regarding the contract he said only reflected people’s opinions and not facts.

He further dismissed accusations of rampant gold smuggling, labeling such talk as “lies”, saying that they represented only points of view and not facts, pointing out that all production of gold takes place under the supervision of the Egyptian Mineral Resources Authority (EMRA) in addition to the Stamp and Weights Authority, which regulates the production of all gold ingots within the country. The mine is also supervised by inspectors who monitor all production that takes place within Al-Sukari. He went on to discuss how no plans for production can be implemented without first obtaining approval from EMRA, which has been entrusted by Egypt’s Central Auditing Organization to monitor and review all aspects of the project.

Gold is sold in markets all throughout the world, he said, with trade regulated by the Bank of England. Large markets include China, the United Kingdom and Japan, adding that Centamin is listed under full review on both the London and Toronto stock exchanges.

Davidson further discussed how investors worldwide have informed him of their fear of doing business in Egypt due to lapses in security, in addition to political, economic and judicial instability. He stated that investors are concerned most with stability, and the implementation of laws that promote a positive investment environment and apply fair rates for taxes, customs duties and profit share agreements.

He went on to say, “I have spent much time speaking with investors in an attempt to convince and reassure them about the sound nature of doing business in Egypt today, in addition to the company’s ability to reap high profits and production rates”.

He said the company seeks to improve its investment in Egypt’s pristine mining sector, but that some government policies continued to act as a hindrance. The Al-Sukari mine was one of 120 within Egypt that had not yet been developed and exploited, and Davidson added that there likely existed other mines that had not yet been discovered. Work on the mine he said had so far lasted for 19 years he said, adding that the company sought to increase its activities in Al-Sukari in order to build up additional gold reserves.

He stated that, “we are seeking to launch additional projects and activities throughout Egypt”, adding that, “this will not likely happen until after political, legislative and judicial stability is achieved throughout the country.”

Davidson added that Centamin had not stopped investing in Egypt after the outbreak of the 25 January Revolution, and that the amount of metal being produced and sent out of the country would increase by the end of this year from 5 million to 10 million tonnes. He stated that company shareholders had so far paid for 100% of the costs of operations at the Al-Sukari mine, while the Egyptian government had so far paid nothing.

He responded to criticisms claiming that the company relies too much on foreign experts, while not hiring enough Egyptians, saying that the company, “started from zero” with regards to the availability of qualified Egyptian employees. He further pointed to how the company took to training university students, workers, technicians and mining engineers, most of whom were taught and trained by foreigners. Many of these students have come to replace their foreign trainers, he said, pointing to the company’s current detonating expert at the Al-Sukari mine, who recently replaced his foreign counterpart.

Davidson stated that Centamin has consistently maintained high profit margins despite decreases in the price of gold, and that for this reason he saw no reason to alter any aspects of the Al-Sukari mine project during this stage. He added that internationally Centamin was one of the world’s smallest gold producers.

He described Centamin’s 1994 contract with Egypt’s government as “fair”, saying that government revenues from profit sharing agreements stipulated in the contract were higher than the world average. He pointed to Australia as an example, which receives 37% of all profits obtained from gold mining projects, compared to Egypt, which receives 53%.