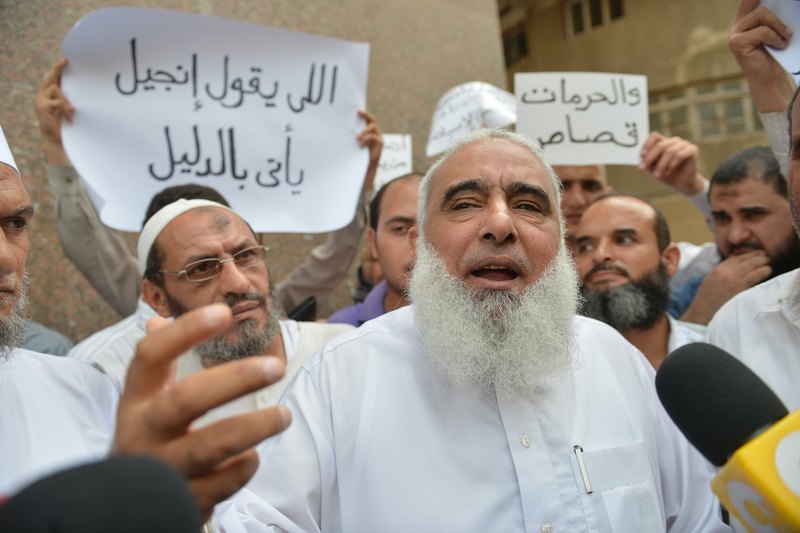 An Islamist preacher was sentenced to 11 years in prison with hard labour on Sunday for contempt of religion, tearing up the Bible, and “disturbing peace and security.”

The verdict was handed down by the Nasr City Misdemenours Court on Sunday, according to state-owned Al-Ahram newspaper. Conservative preacher Ahmed Abdallah, popularly known as “Abu Islam,” was given five years for ripping up a Bible, three years for insulting religion, and an additional three for disturbing public peace. He was also given an EGP 3,000 fine. However, Abu Islam’s verdict will be suspended pending his upcoming appeal.

His son Islam Abdallah, also known as Abu Youssef, was sentenced to eight years in prison and an EGP 2,000 fine in the same case for participating in the tearing up of the Bible and disturbing the public peace.

Abu Islam, who owns Al-Omma satellite channel, tore a Bible apart on 11 September 2012 at a protest outside the US Embassy in Cairo against the Innocence of Muslims, a film that caused widespread demonstrations across the Muslim world.

During a programme on his channel, he said that 90% of the female protesters in Tahrir Square were Christian, saying they attend the demonstrations “half naked” with the purpose of getting sexually harassed.

Last week a Coptic teacher in Luxor was ordered to pay an EGP 100,000 fine for insulting religion.

Amnesty International has condemned the rise of blasphemy cases in Egypt, saying they have mainly targeted bloggers, media professionals, and Coptic Christians.