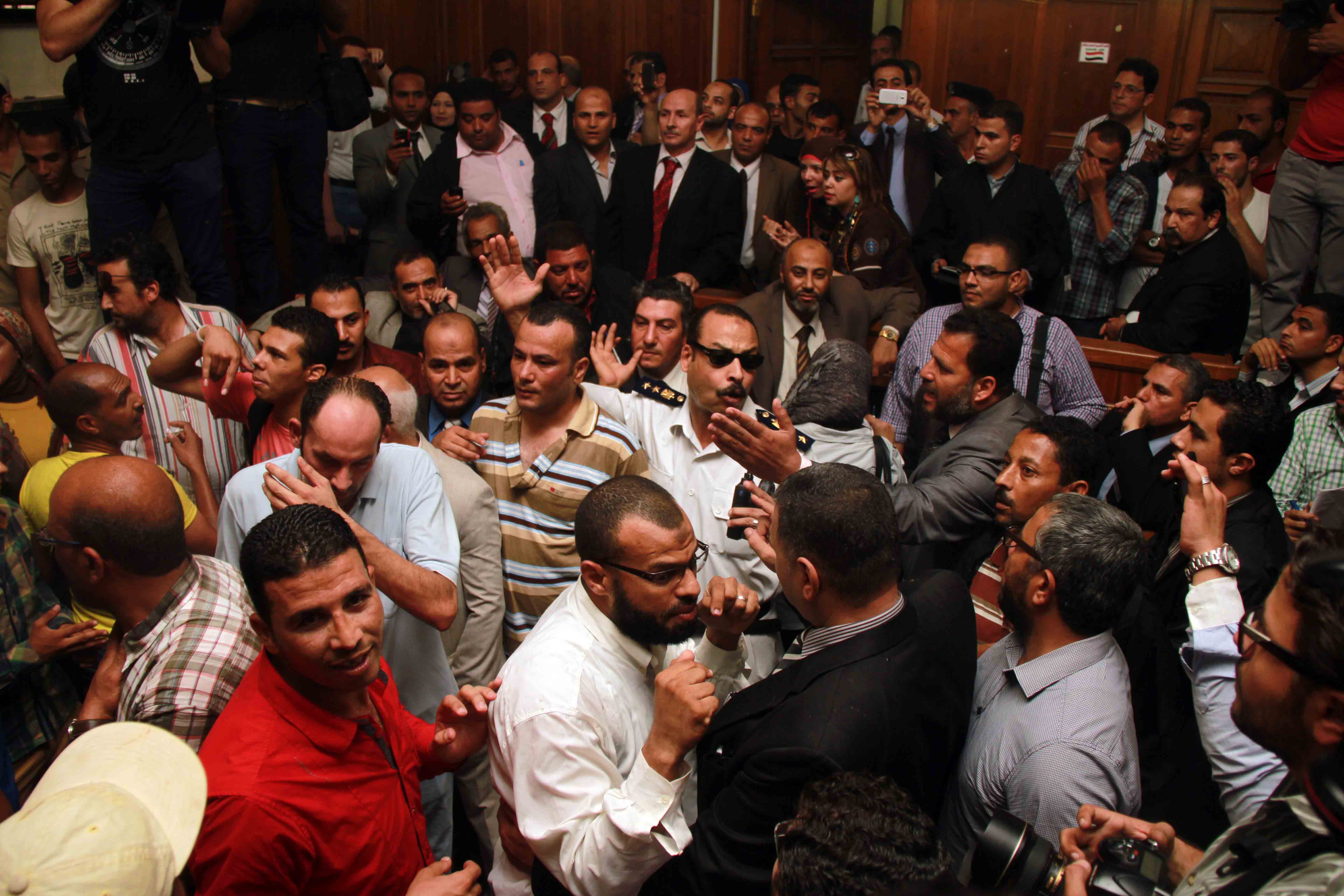 Clashes broke out Sunday between members of the Freedom and Justice Party (FJP) and the Al-Dostour Party after a court hearing in Ismailia over the escape of several Muslim Brotherhood leaders from Wadi El Natrun prison in 2011.

Fighting between the two sides began after the rejection of the request submitted by FJP lawyer Abu-Bakr Al Tarabily to replace Judge Khaled Mahgoub. The court also fined Al-Tarabily EGP 4000.

The court requested the public exit the hall, continuing the session with only the lawyers present.

The media secretary for the Al-Dostour Party in Ismailia, Mona Youssef, stated that “the clashes started after Muslim Brotherhood members began to chant against the integrity of the judiciary, accusing it of being corrupted and unjust.”  She also said that FJP members attacked and injured some Al-Dostour Party members.

The FJP, for its part, denied responsibility for the violence. “We are against violence, and we recommend to our youth not to be dragged into this provocation,” said Dr Ali Abdullah, the media secretary for the Freedom and Justice Party in Ismailia. “We will file complaints against those who have attacked us. This is a political lawsuit and this is not the only prison which had been attacked. Why focus on this case?” Abdullah also stated that FJP members were provoked by chants against Morsi’s government and the Muslim Brotherhood.