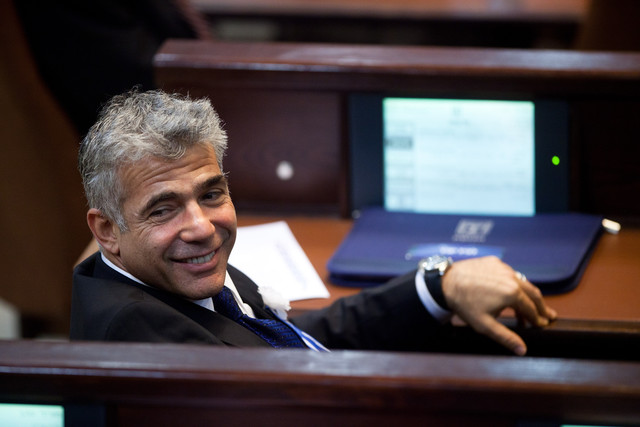 AFP – The Israeli and Palestinian finance ministers were meeting on Sunday for talks aimed at resuming economic contacts suspended by Israel last year, both sides said.

Both sides said that the initial aim was to relaunch regular meetings on technical issues such as crossing points; fuel, power and water supplies to the Palestinians; and payment for treatment of Palestinians in Israeli hospitals.

Israel halted the meetings in November, after the United Nations General Assembly upgraded the Palestinians’ status over stiff objections from both Israel and the United States.

A statement from Lapid’s office said that Sunday’s meeting was taking place “in coordination” with Prime Minister Benjamin Netanyahu.