With the demonstrations of 30 June approaching, columnists ponder the fate of Egypt, and the Muslim Brotherhood. 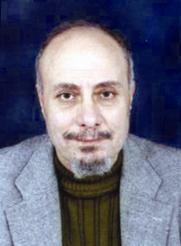 30 June, zero hour for Egypt’s division by the Muslim Brotherhood

Columnist Suleiman Shafiq begins the article by writing that the Tamarod campaign has scared the Islamist groups to the point where they have developed a “phobia” over 30 June. He adds that their speeches show their fear, including Morsi’s latest speech in which he claimed that “he is prepared to go to the opposition”.

He explains that attempts like Tagarod and Ayman Nour’s effort to divide the opposition have failed. In addition, he notes there were 37 statements issued in the first week of June, with “90% [of them] holding some kind of threat, and 73% of them against Copts.”

He adds that Jihadist Ahmed Abu Samra announced: “Jihadists will declare an Islamist revolution if Morsi is removed on 30 June,” threatening a revolution similar to that of Iran’s. Abu Samra also added that they will not allow early elections, and have already formed groups to take over the governorates after Egypt becomes an Islamist emirate.

He mentions that according to a survey done by the American Embassy, many Islamist leaders have backed this idea. In addition, Shafiq claims that El-Shater used the same scare tactic when addressing the American administration to fortify the Brotherhood’s status.

Then Shafiq begins to explain possible scenarios for 30 June.

The first one is the “scarecrow” technique where Jihadists scare people, specifically Copts and women. In addition, the Jihadists would be used as a constant threat for Americans like Mubarak did.

The second scenario is the use of negotiations with the opposition or holding a referendum concerning early elections.

Shafiq mentions the statement of Ahmed Raga’e Attia, founder of squad 777 for combating international terrorism to the TV talk show Mubasher Men Al ‘asema. He confirmed that there is a Brotherhood plan to convert Sinai into an Islamist emirate and an epicentre for terrorism.

The third scenario is that the Muslim Brotherhood would divide the work between them, the Jihadists and Hamas to exploit 30 June to separate Sinai from the rest of the country. In addition, the Brotherhood would give Egyptian citizenship to 50,000 Palestinians from Hamas, and fund their acquisition of Bedouin lands.  The scenario also includes the murder of Egyptian soldiers and the smuggling of army uniform to Jihadists in Sinai to carry out fake divisions within the army.

He adds that the field commander of the second army visited Sinai on the emergence of this information.  Shafiq also claims that some information has surfaced of 30,000 of the Brotherhood’s militia, who are positioned on Mount Helal, wearing military police uniforms.

Shafiq goes over the number of attacks on Sinai during the past two years, and then concludes that the whole of Sinai, except Al-Arish, does not contain any Egyptian forces. 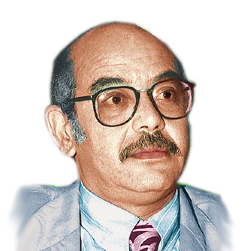 Columnist Galal Aref begins his article by saying that he observed that the question “where is the country heading?” is being asked much less during the past couple of weeks. He writes that the Tamarod campaign has offered a substitute for desperation, and people have been active trying to prepare for 30 June.

He notes that confusion dominates the Islamists as they have failed to end the Tamarod campaign. They only have their threats of “violence and blood shedding against millions who have vowed to keep demonstrations peaceful”.

He writes that the terrorism generals look like circus lions that cannot do anything; they are only capable of threats.  He writes that their threats reveal “the nature of conflict” that Egypt is facing. The ruling authority finds terrorism the solution against millions of peaceful protesters. Meanwhile, they claim that they are defending Islam.  However, Aref finds that “those who are going out to protest on 30 June are the real defenders of Islam”.

He also points out that the Brotherhood claims that they are the defenders of the revolution while they were the last to join it, and the first to leave the squares.

He concludes that people no longer ask where the country is heading because they know that salvation lies in 30 June. The disaster and the regular day

Mohamed Abdel Koddous says that when the official spokesman of the Cabinet was asked about 30 June, he replied, “It is one of the regular days.” Abdel Koddous says this answer shocked everyone, and then addresses the head of the government: “If you regard the day in that same way, then for sure there is a disaster waiting for us.”

He explains that this indicates that the ruling authority is making light of a “very dangerous” situation, and that it does not have a political plan to face it. He adds that the system depends on security forces only, “which are doubtful”, in addition to the “huge crowds that refuse to compromise the legitimacy of the first elected president after the revolution.”

He adds that many would tell him that he has fallen victim to opposition media commentary, which is “trying to set the country on fire and provoke the people.”

He responds that the media has a role, no doubt, but that one should not forget the reasons for the existing anger and discontent. He adds that there is a great deal of unprecedented alliances and preparations for 30 June. He writes that many sides have united, including supporters of Mubarak. He then asks: “What are we doing? Will the crisis be solved with huge crowds that announce refusal of the anti-revolution? Or will this increase the complexity of the situation, especially if blood runs in the streets?”

He concludes that there are several enemies who are waiting for the country to fall, dreaming of a civil war that would tear the country apart, ending with the military stealing power.

Columnist Salah Salem says that in one year, the Muslim Brotherhood has led the country down a blocked road. He adds that all of the Brotherhood’s decisions have lacked harmony and were instead sporadic and impulsive. He explains that this might be due to making two wrong assumptions about the country and religion.

First, he explains that the Brotherhood exploited the concept of political religion “against the logic of the modern world”. He adds that while religion is a spiritual concept that encourages humans to move forwards, progress, in reality, improvement is down through the “the division of work and specialisation”. Salem considers both concepts the elements of modern society; each person has a job to do, while being supervised by others.

He explains that Islam has not offered a “political theory” to be a reference to governance. Instead, Islam gave a general idea of how a government should be like, since politics always has changing variables. However, “religious people or those who claim to be religious” might think that they are the best persons to rule a country. So, the parliament becomes a mosque instead of a legislature.

Salem adds that in addition to announcing themselves the defenders of religion, the Muslim Brotherhood continued to lie as a solution to their problems. This led to some losing confidence, not only in the Brotherhood, but in religion as well. “Politics has become a polluting burden on Islam.”

Concerning the second assumption, he explains that the Brotherhood has given a false perception of Egypt and its people. He explains that, historically, Egypt has always separated between politics and religion.

He adds that “reviving Islam” has never really been needed in Egypt, and that the Muslim Brotherhood allowed itself to think that people demanded it. The Brotherhood came into power “due to a people’s revolution that was sparked by corruption and tyranny.” While people demanded freedom and justice, Islamists demanded Sharia.

He concludes that the Brotherhood needs to address the real issues of Egyptians and become aware of their true identity and traits. The Brotherhood also needs to admit that religion is not the only reality, and to stop separating itself from the rest of the political scene. He adds that if the Brotherhood is unable to address these issues, then they must disband their political party and halt all political activities or else the country will remain in a state of chaos.