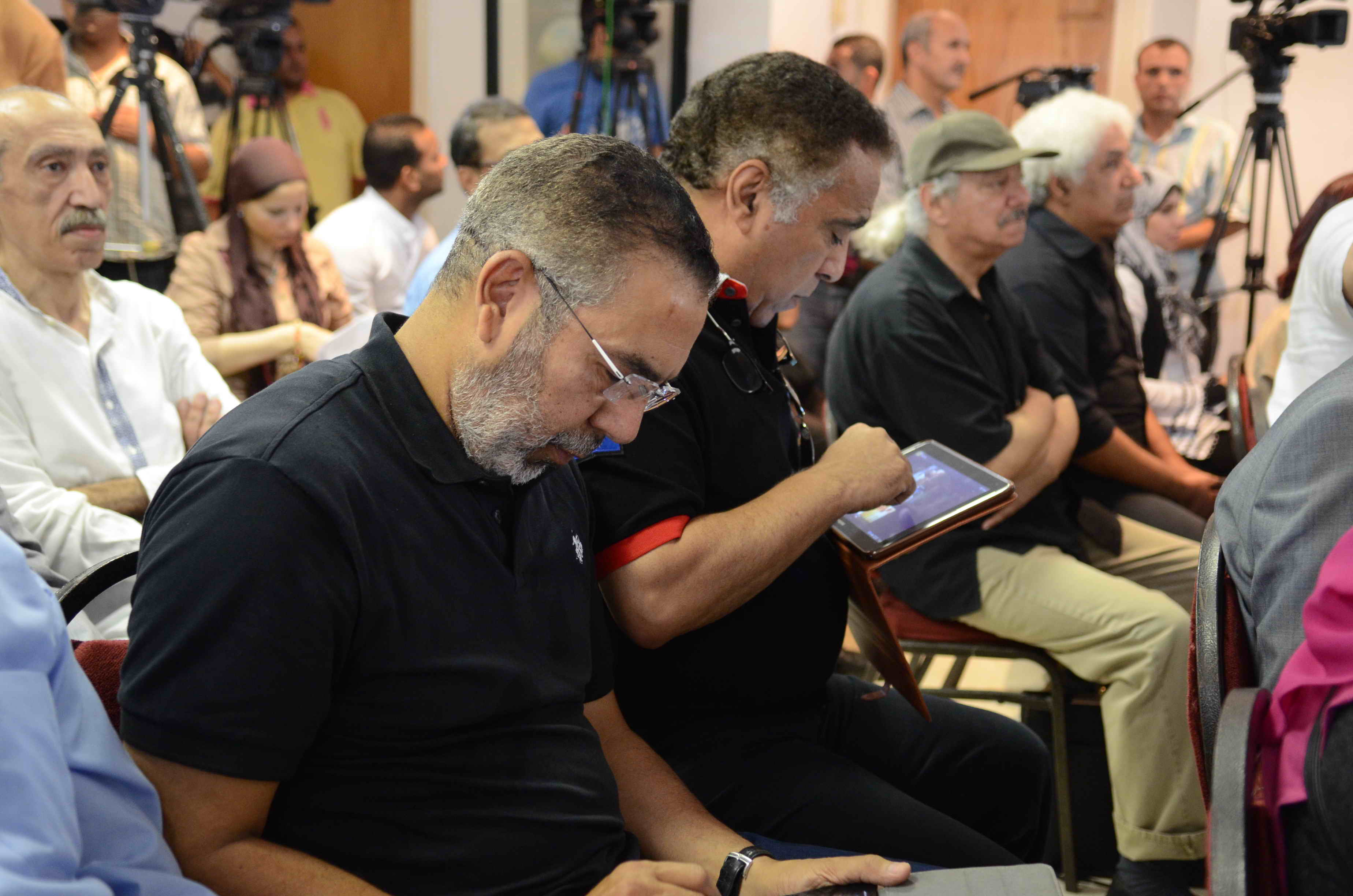 The Supreme Council of Culture released a statement during their conference on Sunday withdrawing all confidence from Minister of Culture Alaa Abdel Aziz.

“We are slowly toppling the minister’s legitimacy,” said Abdel Galeel El-Sharnouby, spokesperson of the Creativity Front.

The statement also requested military assistance in protecting the Egyptian National Library and Archives, according to state-owned Al-Ahram newspaper.

Intellectuals and artists who are participating at the sit-in by the Ministry of Culture had issued a statement accusing the Muslim Brotherhood of trying to steal documents from the archives, specifically those pertaining to the formation of the Muslim Brotherhood and the demarcation of Egypt’s borders, according to Al-Ahram.

Abdel Aziz had removed the head of the Egyptian National Library and Archives on 9 June and appointed Khaled Fahmy, a member of the Supreme Council for Islamic Affairs who displays strong Islamist tendencies.

The statement also condemned the attacks on those participating at the sit-in, allegedly by Muslim Brotherhood supporters, on 11 June.

Intellectuals protesting against Abdel Aziz announced in the statement that they will file a lawsuit against the minister for accusing them of corruption.

They also demanded that the Supreme Council of Culture be made independent from the Shura Council and from the government, and that intellectuals be given the opportunity to run it and elect the appropriate officials.

The intellectuals in question said at the conference that they would continue protesting and striking at the ministry, joining the call for protests on 30 June.

In Alexandria, protesters in front of the Beram El-Tounsi theatre in the downtown area, who launched a strike in solidarity with protesters in Cairo, announced the formation of a coordinating committee for their strike.

They also called for rallies outside of all cultural institutions in Alexandria and the start of what they called “Refusal Festival”, where they would offer public cultural events.

Intellectuals and artists started protesting against the minister on 14 May and started their sit-in at the ministry on 5 June, when they broke into the ministry to keep Abdel Aziz from reaching his office.

Protesters are accusing Abdel Aziz of coming with an agenda to destroy Egyptian culture and spread Brotherhood influences in it. Their discontent was especially sparked when he began removing a number of ministry officials without any given reason.