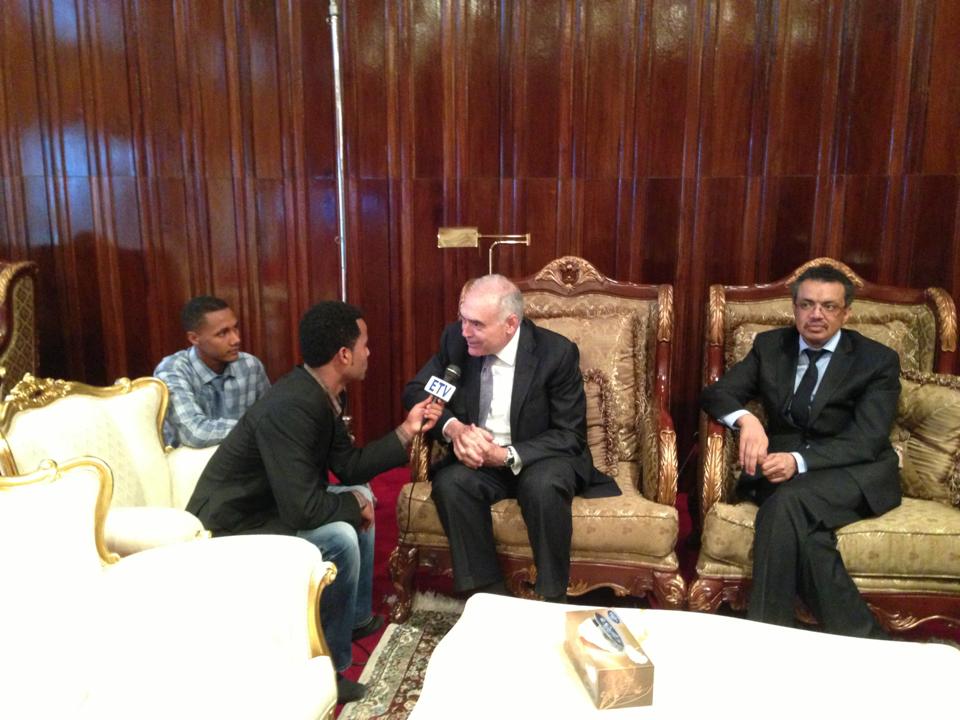 Talks between Egypt and Ethiopia’s foreign ministers in Addis Ababa began on Monday, aimed at discussing the construction of the Grand Ethiopian Renaissance Dam (GERD).

Foreign Minister Mohamed Kamel Amr’s meeting with his Ethiopian counterpart is focused on reaching an agreement between both nations on several issues of contention related to the construction of the dam.

Deputy Foreign Minister for African Affairs Ali Hefny, Deputy Assistant Secretary of State for the Nile Amal Salama, and Sherif Mohammadi, a Ministry of irrigation and Water Resources official, joined Amr as part of his delegation to Ethiopia.

According to state-run Al-Ahram newspaper, the meeting aims at starting negotiations between Egypt, Sudan and Ethiopia. The delegation is urging Ethiopia to provide studies and additional information surrounding the GERD in order for all parties to find a solution which would not compromise Sudan and Egypt’s share of the Nile water.

If successful, the meeting will pave the way for a series of high-level talks between the three parties with the aim of establishing practical and concrete steps to find an agreeable solution for all parties concerned, Al-Ahram reported.

The construction of the GERD has raised alarm in Egypt since the project was formally announced in 2011.

Last week, President Mohamed Morsi spoke at a conference called for by Islamist parties to discuss the construction of the GERD. In his speech Morsi cautioned Ethiopia by saying all options were on the table, and urged Egyptians to share their thoughts with the president in order to find a solution.

Morsi’s speech was received as controversial, prompting the head of the Sudan and Nile Basin Unit at Al-Ahram Centre for Political and Strategic Studies to call it an “unjustified escalation”.

The African Union and the United Nations urged Ethiopia and Egypt to hold dialogue over the GERD construction in order to diffuse tension and to find a solution.