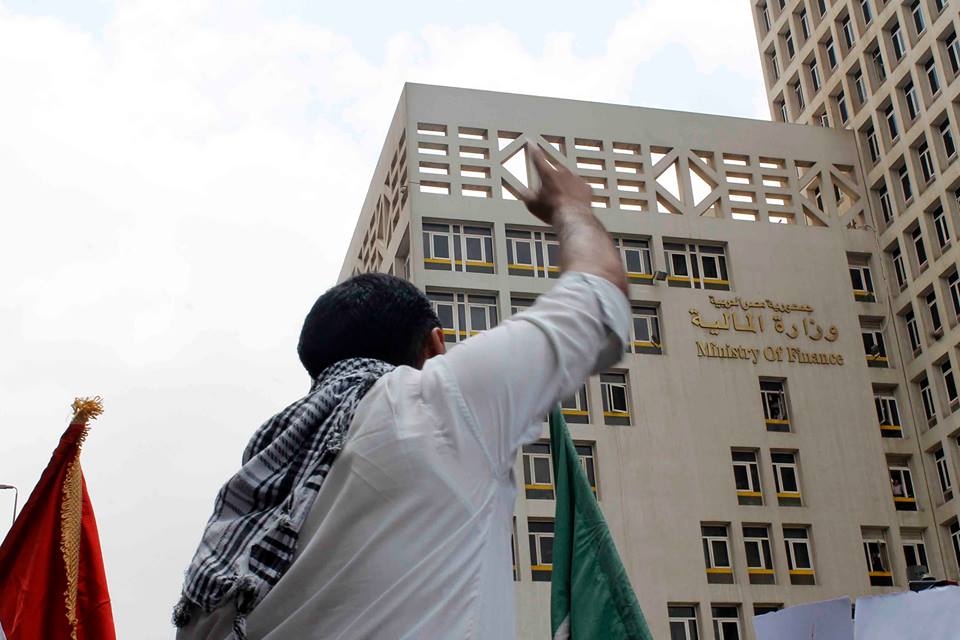 University employees protesting the reallocation of promised bonuses entered their second day of a sit-in at the Ministry of Finance on Monday.

In April, the Shura Council set up a fund worth EGP 2.4bn to be used to improve the financial situation of university employees. Ten percent of revenues from Egyptian universities was supposed to supply EGP 1.5bn of the 2.4bn fund, with the remainder to be provided by the Ministry of Higher Education.

However according to protesters, the Ministry of Finance decided to settle outstanding debts it owed to universities from the fund.

“The ministry decided to deduct previously granted privileges from the fund dedicated to university employees,” said Tarek Barakat, one of the participants in the sit-in.

Protesters were also aggrieved that “none of 25 administrative improvements that were promised were met,” according to Barakat.

Ahmad Abdel Ghani, an employee at Port Said University, said among improvements employees demanded were “committees to achieve equity and justice in the distribution of bonuses and committees to discuss complaints filed by the employees.”

“We also had legislative demands,” Abdel Ghani added, including “a section in the law concerned with the university employees.”

Said Abdel Ghani: “The sit-in… will not affect the flow of work at the universities.”

Daily News Egypt contacted the Ministry of Finance but a statement was not forthcoming at time of print.