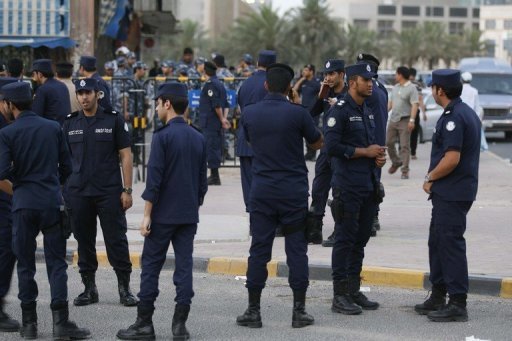 (AFP) – Authorities in Kuwait on Tuesday hanged a 33-year-old Egyptian man dubbed a “monster” for the abduction and rape of 17 children under the age of 10, the public prosecution said.

Hajjaj Saadi, who was handed five death sentences, complained shortly before his execution that he had not been given any assistance from the Egyptian government, a witness said.

Saadi strongly denied in court that he had committed any of the crimes, which shocked the Kuwaiti public, and insisted his confessions were extracted under duress.

Arrested in July 2007 as he prepared to board a flight to Luxor in Egypt, he became known as “the Hawalli monster” for the district near Kuwait City where the crimes took place.

The authorities said Saadi had confessed to raping 17 boys and girls after luring them onto rooftops in Hawalli, an area mainly inhabited by foreigners 12 kilometres (seven miles) south of the capital.

Another Egyptian man was executed at the same time after he was found guilty of killing an Asian couple by setting their home ablaze and attempting to murder another couple from Egypt the same way, said the prosecution.

Ahmad Abdulsalam al-Baili poured an inflammable material in the apartment of the Asian pair and set it on fire in April 2008, causing their deaths, it said in a statement.

Later he tried to kill an Egyptian couple the same way. They survived despite suffering injuries.

The hangings were the second set of executions in Kuwait since it reintroduced the death penalty following a six-year moratorium.

In April, the authorities in the oil-rich Gulf state executed a Saudi, a Pakistani and a stateless Arab who were convicted of murder.

The authorities postponed the execution of two Sri Lankans and a Pakistani, who were also supposed to be hanged on Tuesday, without explaining why.

Human rights organisations appealed to Kuwait to stop carrying out the death penalty.

The London-based watchdog had written to Kuwait’s emir, Sheikh Sabah al-Ahmad al-Sabah, to express dismay at the resumption the death penalty this year, she said.

“This new round of executions indicates that Kuwait is moving in exactly the wrong direction regarding the death penalty,” said Joe Stork of Human Rights Watch.

“The government should cancel the executions immediately and reinstate the moratorium that had been in place since 2007.”

A top prosecution official said in April that 48 people were on death row awaiting a final decision on their sentences by the emir. Under Kuwaiti law, the emir has the right to commute death sentences to a life term.

Among those on death row are two members of the Al-Sabah ruling family convicted over drug trafficking and murder, and a woman who set a wedding tent ablaze in 2009 killing 57 people.

Kuwait has executed a total of 71 men and three foreign women since it introduced the death penalty in mid-1960. Most of those condemned have been convicted murderers or drug traffickers.