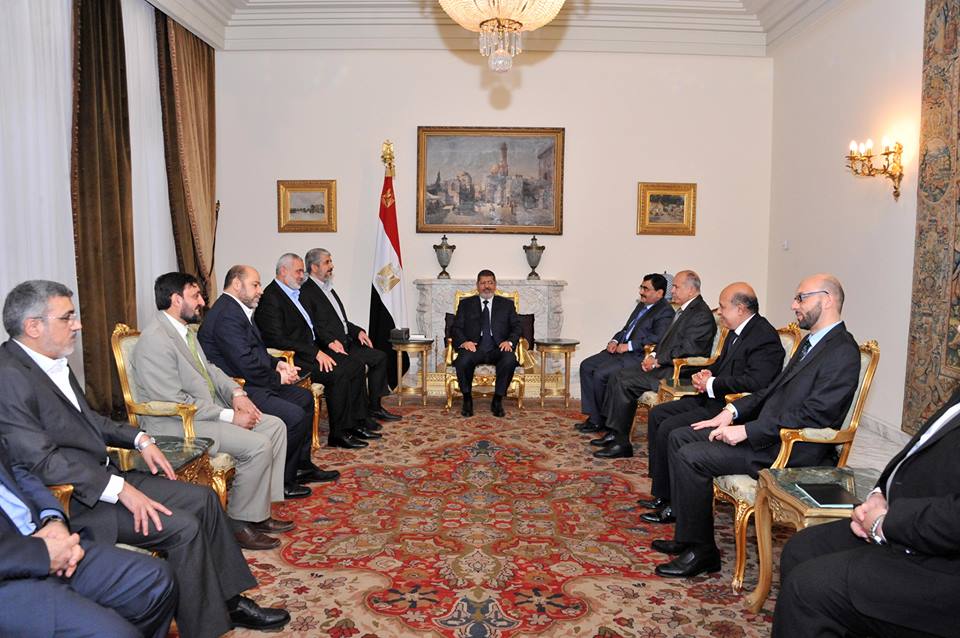 President Mohamed Morsi stressed the necessity of Hamas and Fatah to reconcile for the sake of strengthening Palestine’s position in the peace process.

His statements were made to Khaled Meshaal, leader of Hamas’ political bureau, during a meeting between the two on Monday night.

Meshaal arrived in Cairo on Friday from Doha shortly after Hamas’ Prime Minister in Gaza Ismail Haniyeh entered Egypt through the Rafah border crossing earlier on the same day.

Hamas and Fatah have been at odds with each other since the former’s victory in the 2006 Palestinian Legislative Council elections, which led to violent clashes in 2006 and 2007. Reconciliation talks had begun between the two groups in 2011.

MAAN cited anonymous security sources in Egypt that claimed the jihadists were heavily armed in preparation for the 30 June protests organised by the opposition and calling for the overthrow of Morsi.

The Hamas Interior Ministry called the report “fabrication and blatant lies,” adding that the story was “part of the news agency’s campaign against Gaza and its elected government… to tighten the siege on Gaza and market the closure of the Rafah border crossing.”