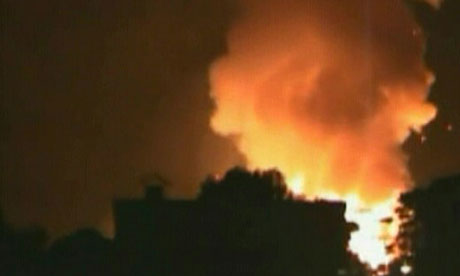 A military officer and a civilian worker were killed Tuesday after an expired shell exploded at an ammunitions depot at a military base in southern Assiut, according to a statement released by the Armed Forces.

The statement, which appeared on the official page for the spokesman of the Armed Forces, said that fourteen others were injured and transported from Assiut to Cairo by plane. It also revealed that the explosion occurred as the workers were inspecting expired shells.

Military officer Ahmed Shaaban from the Armed Forces spokesman’s office said that “some sort of mistake must have taken place during the inspection,” but that qualified that further information is pending, with the investigation still in its initial stages.

The type and severity of injuries sustained is still unknown, but most are burn victims, according to Shaaban.

The statement also said that proper action will be taken to guarantee the rights of those affected.