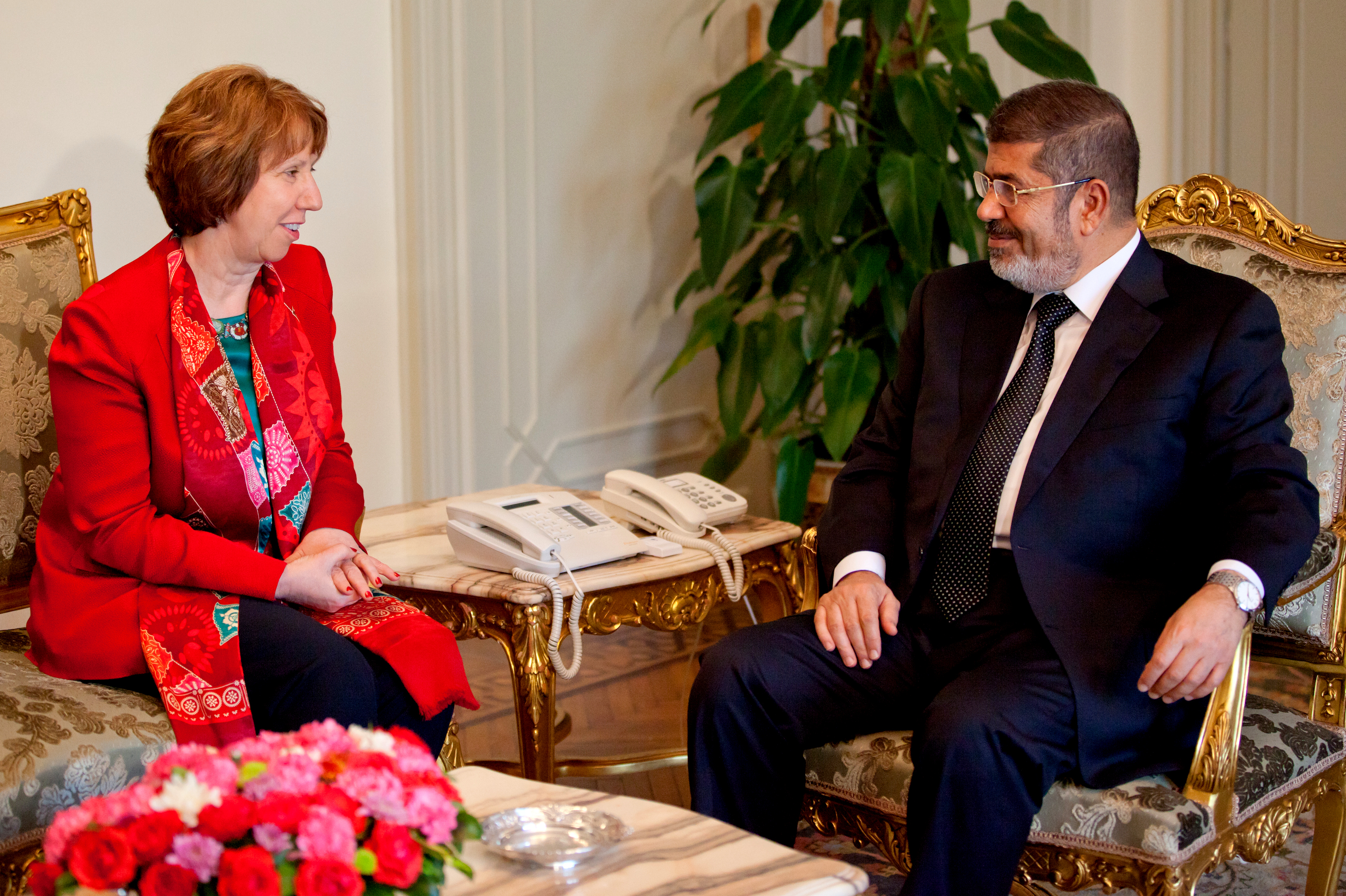 European Union High Representative Catherine Ashton expressed her concern at the prospect of violence during upcoming protests in a meeting with the National Salvation Front on Wednesday, the same day she met with President Mohamed Morsi and other key politicians.

The high representative of the EU for Foreign Affairs and Security Policy and vice-president of the European Commission stressed EU support for Egypt’s transitional process towards “deep democracy”, according to Mann.

Ashton also met with representatives of the National Salvation Front (NSF) to discuss the opposition protests scheduled on 30 June.

During the meeting, she expressed concern over “the likelihood of violence” at planned protests, adding that any deterioration in security would negatively affect the country’s economy.

The NSF, for its part, expressed their refusal to back down on regarding protests. “Muslim Brotherhood supporters will be responsible if violence breaks out, as they have already announced readiness to offer their blood to prevent early presidential elections,” the coalition said in a statement.

Monir Fakhry Abdel Nour, secretariat general of the NSF, also told Ashton that Egypt’s problems are internal, to be resolved by Egyptians without foreign interference.

Ashton discussed with NSF leaders President Morsi’s controversial decision to appoint Adel Al-Khayat as the new governor of Luxor. The appointment has drawn the ire of many in the governorate, due to Al-Khayat’s membership in Al-Jamaa Al-Islamiya, an Islamist group responsible for terrorist attacks in Luxor in 1997.

In attendance at the NSF meeting with Ashton were Ahmed Saeed, chairman of the Free Egyptians Party; Nabil Fahmy, representative of the Al-Dostour Party; Maasom Marzouk from Al-Tayar Al-Sha’aby, Emad Gad, deputy chairman of the Egyptian Social Democratic Party; and Mohamed Al-Oraby from the Mo’atamar Party.

Her visit to Egypt comes as part of a broader Middle East tour which includes visits to Jordan, Iraq, Lebanon, Egypt, Israel and Palestine.