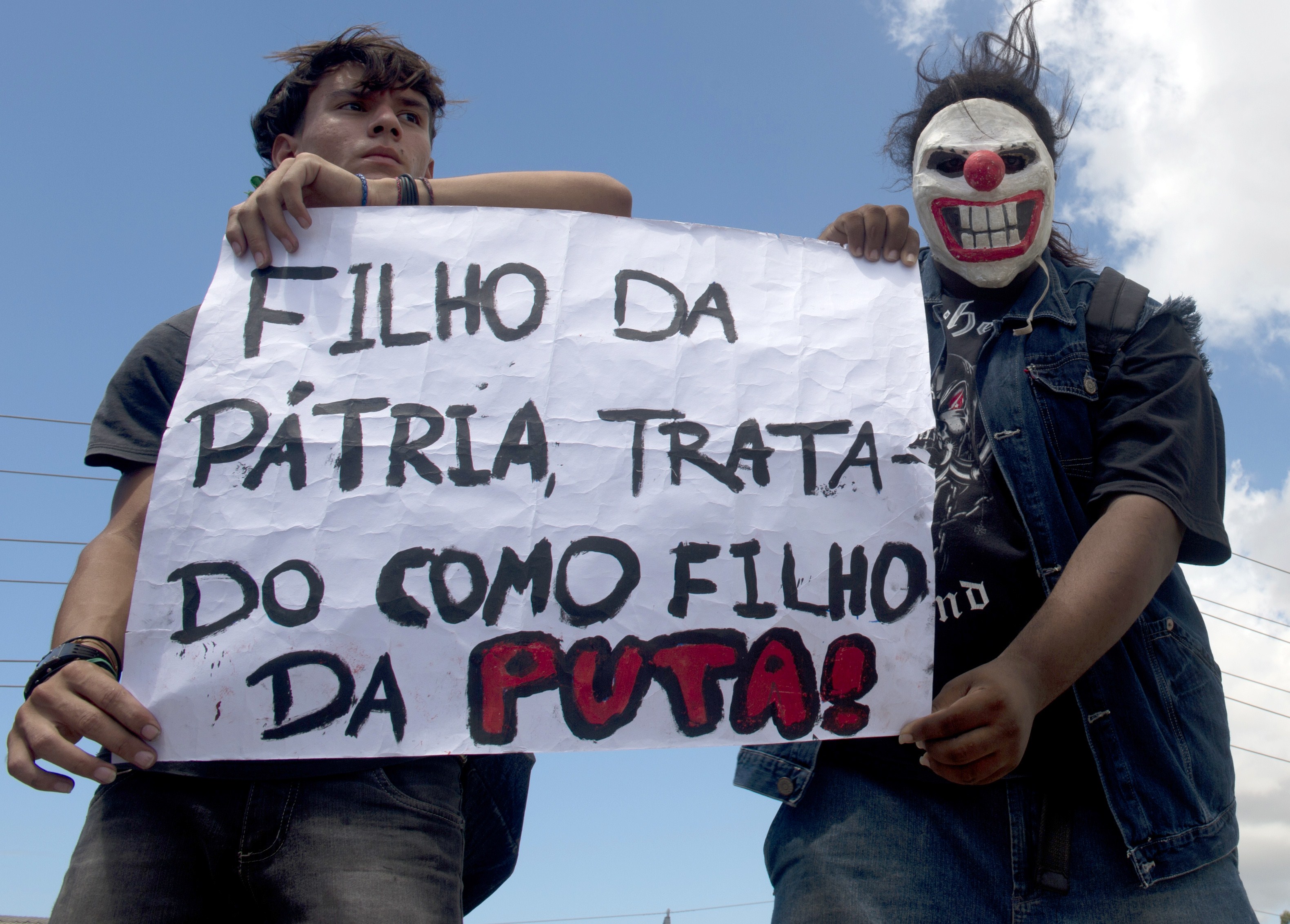 A day after more than 250,000 people took to the streets of major cities in mostly peaceful rallies, Brazil’s President Dilma Rousseff tried to get ahead of a wave of protests and publicly vowed Tuesday to listen to the complaints.

But authorities were also taking no chances as protests turned violent in Sao Paulo and threatened to turn violent in other cities.

The National Force, a special federal police force called up in cases of social unrest, will be sent to five of the six cities where the Confederations Cup football tournament is being played, Agencia Brasil reported Wednesday, citing the Justice Ministry.

The government reaction is notable given that the Confederations Cup is seen as a dry run for the World Cup next year.

The National Force, composed of police and fire fighters from different states that are called up for duty on special occasions, is a “conciliatory, mediating” force, “not repressive,” the Justice Ministry said.

National Force police however were not in a conciliatory mood Sunday when they fired teargas and rubber bullets at protesters in Rio de Janeiro outside the Maracana stadium.

The Confederations Cup opened 15 June and lasts for two weeks. Eight national teams from around the world are participating.

More protests are expected Wednesday in Fortaleza, in Ceara state, and Thursday in various Brazilian cities.

In all, Brazil is set to shell out some $15bn (€11bn) on sporting events through to the World Cup in 2014. Rio de Janeiro, where real estate and rental prices have soared to exorbitant levels, will also host the 2016 Summer Olympics.

Protests that were sparked by a hike in bus fares in Sao Paulo quickly spiralled into nationwide marches against corruption, fuelled by anger that, in a country with one of the widest income disparities in the world, billions of dollars were being spent on stadiums and little on social programmes.

The protests that have snowballed over nearly two weeks have prompted loose comparisons with the Arab Spring demonstrations in North Africa and the Middle East.

“This is the start of the Tropical Spring,” said Givalnido Manoel, a protester in Sao Paulo.

Some 50,000 people marched Tuesday in protest to city hall in Sao Paulo, Brazil’s most populous city and the nation’s industrial capital. Several hundred of the protesters peeled off from the main group and set a car and a police stand on fire, AFP journalists on the scene reported.

Police fired rubber bullets and teargas to disperse the crowd, but many returned and broke into stores, taking off with jewellery, clothing and TV sets.

Protests also took place in scores of smaller cities, including the northeaster town of Juazeiro do Norte, where police hid the Mayor Raimundo Macedo inside a container truck for several hours as protesters angry at pay cuts for teachers swarmed the streets.

Rousseff on Tuesday tried to empathise with the protesters.

“These voices need to be heard,” she said in an address at the presidential palace. “My government is listening to these voices for change.”

“My government is committed to social transformation,” she added, hailing what she called the largely peaceful nature of the protests.

All three belong to the leftist Worker’s Party (PT), in power since Lula first took office in 2003.

Several players from the national football squad expressed solidarity with the protests.

“I’m in favour of demonstrations without violence,” Luiz told reporters prior to Brazil’s Conderations Cup match against Mexico in Fortaleza.

Luiz’s international teammate Dani Alves, the Barcelona full-back, also gave his backing to the protesters, who are mostly young people.