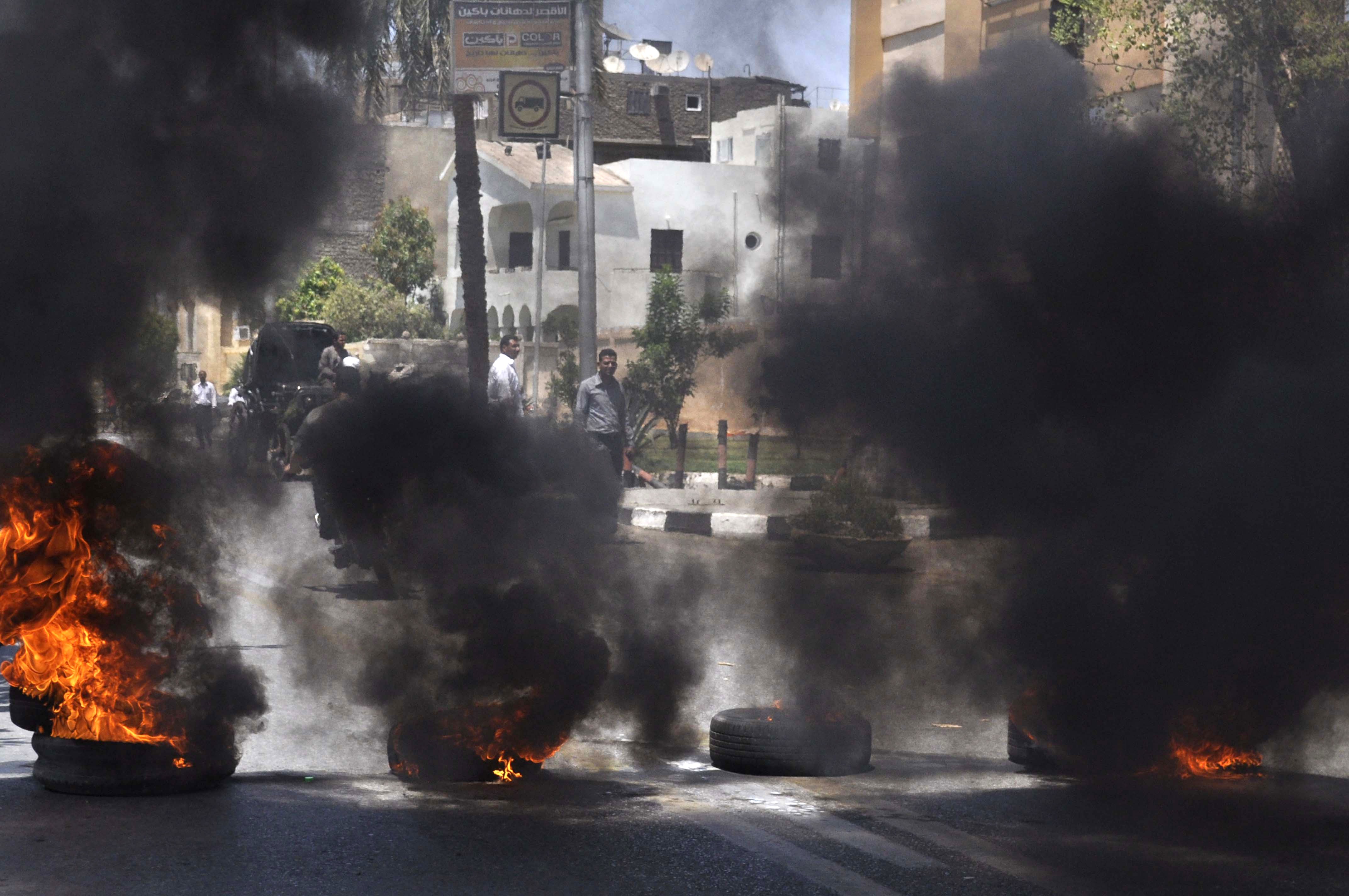 Unrest continues to grow in several governorates as demonstrators, protesting against newly appointed governors, clash with supporters of the Muslim Brotherhood and President Mohamed Morsi.

Fights erupted outside the Gharbeya governorate building on Tuesday afternoon between members of the Muslim Brotherhood and opponents of the newly appointed governor, Ahmed Al-Baily. 26 were reported injured.

Mohamed Sharshar, deputy health minister in Gharbeya, stated that the victims were transferred to Al-Menshawy Hospital, as well as hospitals at Tanta University saying that the injuries varied from bruises to cuts, some injuries were likely caused by birdshot.

He stated that other victims appeared to have breathing problems and fractures.

On Sunday, President Morsi appointed 17 new governors, including seven from the Muslim Brotherhood. The opposition had strongly objected to their selection, accusing Morsi of attempting to tighten his grip on power before opposition protests on 30 June.

“It was a peaceful protest in opposition of the newly appointed governor,” said Ibrahim Shoukry, an activist in Tanta. “Clashes didn’t erupt until members from the Muslim Brotherhood detained 10 girls from the protests inside the city council building.”

Shoukry also said Central Security Forces (CSF) fired teargas canisters “to put an end to the clashes and disperse the two sides after some Muslim Brotherhood supporters had fired birdshots at the demonstrators.”

The protesters responded by hurling stones at the Brotherhood supporters, Shoukry added.

“Members of the 6 April Movement and thugs gathered around the governorate building in an attempt to prevent the governor from performing his duties,” Yehia Al-Messeiry, Freedom and Justice Party (FJP) member in Gharbeya, stated, describing it as an “act of thuggery”.

He denied the claims Brotherhood members had detained girls inside the city council.

During the clashes, protesters attempted to break into the FJP headquarters in Tanta, as well as the office of Sayed Askar, former head of the Religious Committee in the People’s Assembly.

They hurled rocks and Molotov cocktails, destroying the building, according to state-run Al-Ahram.

“A police station is 10 minutes away from the headquarters; it should not have taken security forces that long to respond to the vandals.”

Protests against the governors reshuffle were held in a number of other governorates, as well.

In Daqahleya, protests started on Wednesday in front of the governorate building in opposition of Sobhy Younis, the newly appointed governor.

Sobhy, a member of the Muslim Brotherhood, was able to enter the building through a back door after protesters closed the main gate, according to Al-Ahram.

In Ismailia, dozens of demonstrators continued their sit-in for the second day in front of the governorate building against the appointment of Hassan Al- Hawy.  Al-Ahram reported that protesters managed to block the building’s front gate.

In Menufiya, Governor Ahmed Shaarawy said that he respects those who oppose his appointment, and expressed his willingness to enter into dialogue with the protesters, Al-Ahram reported.

In a press conference attended by demonstrators, Khedr urged the protesters to agree to a dialogue, asking for them to present their views and reasons for opposing his appointment.

The protesters however refused and chanted slogans against the Muslim Brotherhood and President Morsi.

Mohamed Abu Samra, an activist in Damietta, said that Khedr entered from a back door with the help of security officials and military advisers.

“We don’t want our vision to be misconstrued as anything other the goals of planned protests on 30 June,” Abu Samra added. “The problem is not just in the governors, it’s much bigger than that.”

Opposition groups have announced plans to stage mass protests across Egypt on 30 June. The protests will demand Morsi be removed from the presidency and early presidential elections.

Several parties and opposition movements in Damietta gathered to issue a statement on Wednesday morning to state their “refusal to work with Sobhy”.

The statement also refused the governor’s invitation to meet with the various political movements.

In their statement, the opposition groups claimed the timing of the reshuffle is an attempt by the regime to “besiege revolutionary forces and influence the course of events [prior to 30 June].”

“We are not against the new governor personally; we are against the stubborn, arrogant manner in which Egypt is being managed by the Muslim Brotherhood,” said the statement.

The group stated that their primary reason behind refusing to meet with the new governor is because he is “unknown” to the people Damietta.