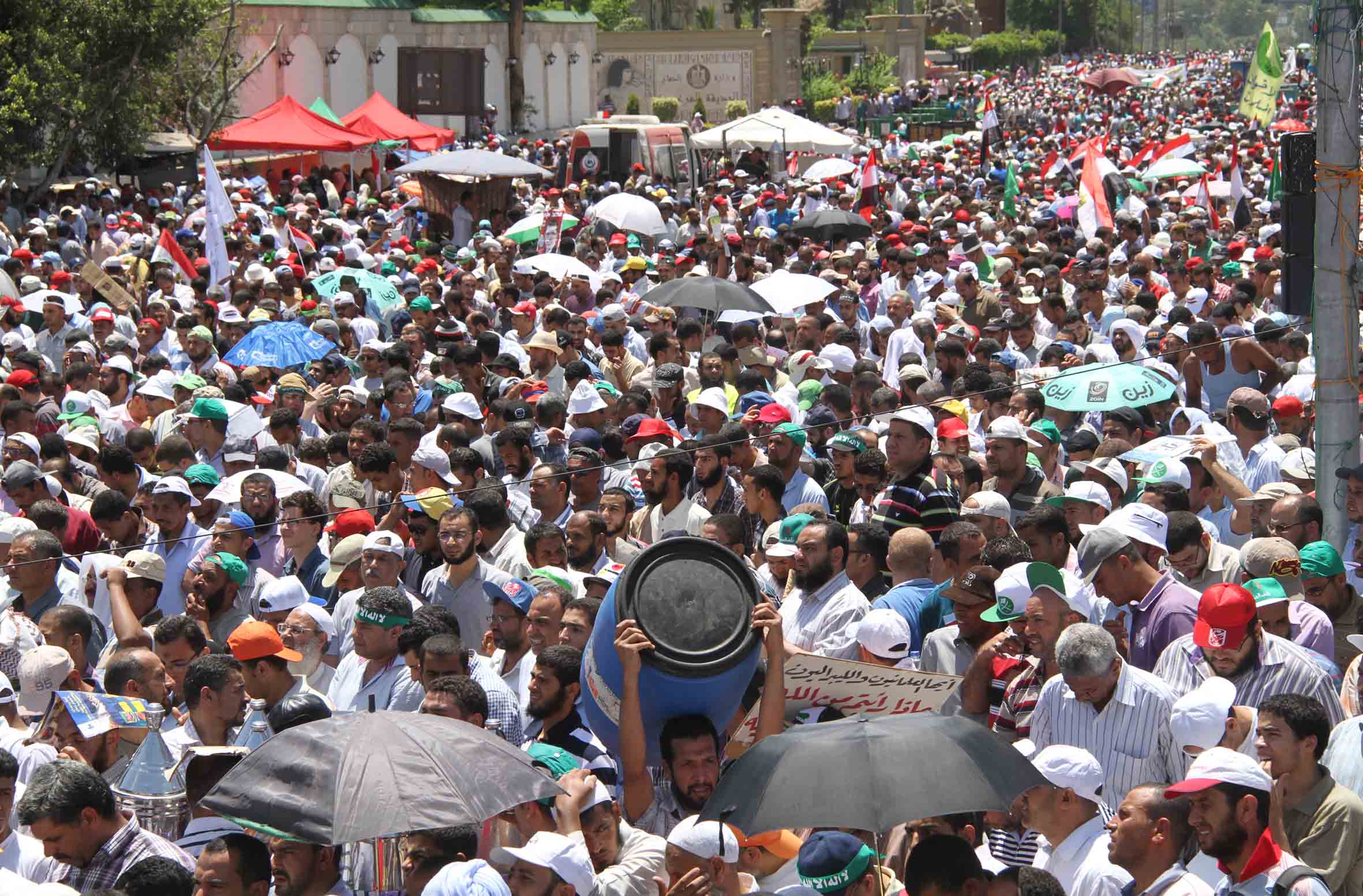 Tagarod (pro-Morsi campaign) participated in mass protests on Friday in front of Raba’a ‘Adaweya mosque in Nasr City in support for President Morsi.

Salah El Shequiry, head of Tagarod movement in Giza said, “yesterday (Friday) we collected 2 million signatures, reaching 13 million in total and gave out many more forms for people to rally their friends and neighbours to sign.” Each form, he explained, can collect up to 20 signatures. “We expect to have 20 million signatures by next Friday” he added.

Mai Wahba, a Tamarod media coordinator, said that after the press conference in which the numbers and details will be announced they will file a law suit at the Supreme Constitutional Court (SCC) against the president.

“He will be accused of impersonating the president, since those who voted for him were 13 million and those who now petitioned against him are over 15 million,” said Wahba.

In the event that President Morsi would be removed, Tamarod’s demands state that the president of SCC would serve as the acting president alongside the formation of a National Defence Council that will be responsible for national security, of which 70% of its members will be from the military.

Regarding the president of the SCC acting as president he added that “this is not constitutional as well, the constitution states that if the president is absent the speaker of the House of Representatives should take his place, and if that is not possible then the head of the Shoura Council must replace him”.

Tamarod has been demanding early presidential elections since April and collecting signatures to oust President Morsi. Many other political parties and factions have announced their support for Tamarod and aided in giving the movement millions of supporters.