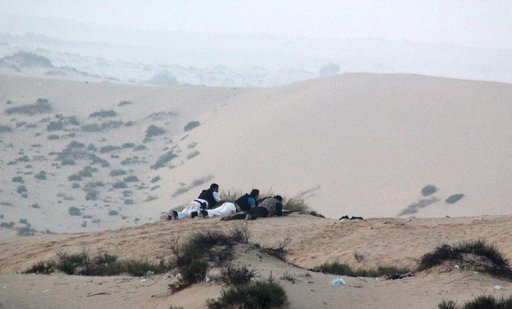 American troops being deployed to Sinai this summer are doing so as part of the Multinational Force and Observers (MFO) peacekeeping force that has been present there since 1982, the armed forces said in an official statement Saturday.

Reports had been circulating on Thursday on the Washington Times and state-run Al-Ahram websites that United States soldiers were being deployed on Egyptian soil to combat riots.

Major Ahmed Shaaban told Daily News Egypt that such claims are inaccurate. “They are only training as a precautionary measure,” said Shaaban. “However, they were present during 25 January Revolution and other incidents that followed but nothing happened to them.”

Shaaban stated that the US troop deployment in Egypt is a routine exchange operation with fellow US soldiers on Sinai’s border. The American squadron is part of the MFO peacekeeping force, which includes soldiers from 13 nations and has been deployed since April 1982 to monitor and report violations of the 1979 Camp David Accords, he said.

“They are only training to protect themselves as a matter of high-level security. I don’t think these trainings are necessary because the peacekeeping force is not even authorised to conduct any military operations; they are only there to observe and report,” added Shaaban.

For the past six months at Fort Hood, Texas, US soldiers have been learning about the culture of the region and training to respond to a civilian population which is “unarmed but dangerous,” reported The Killeen Daily Herald.

The Camp David Accords were negotiated by former Israeli Prime Minister Menachem Begin and former Egyptian President Anwar Sadat under the mediation of former US President Jimmy Carter in 1979. It provided for the withdrawal of Israeli forces from Sinai and ensured the full return of the peninsula to Egyptian control, while simultaneously guaranteeing the right of passage for Israeli ships through the Suez Canal.