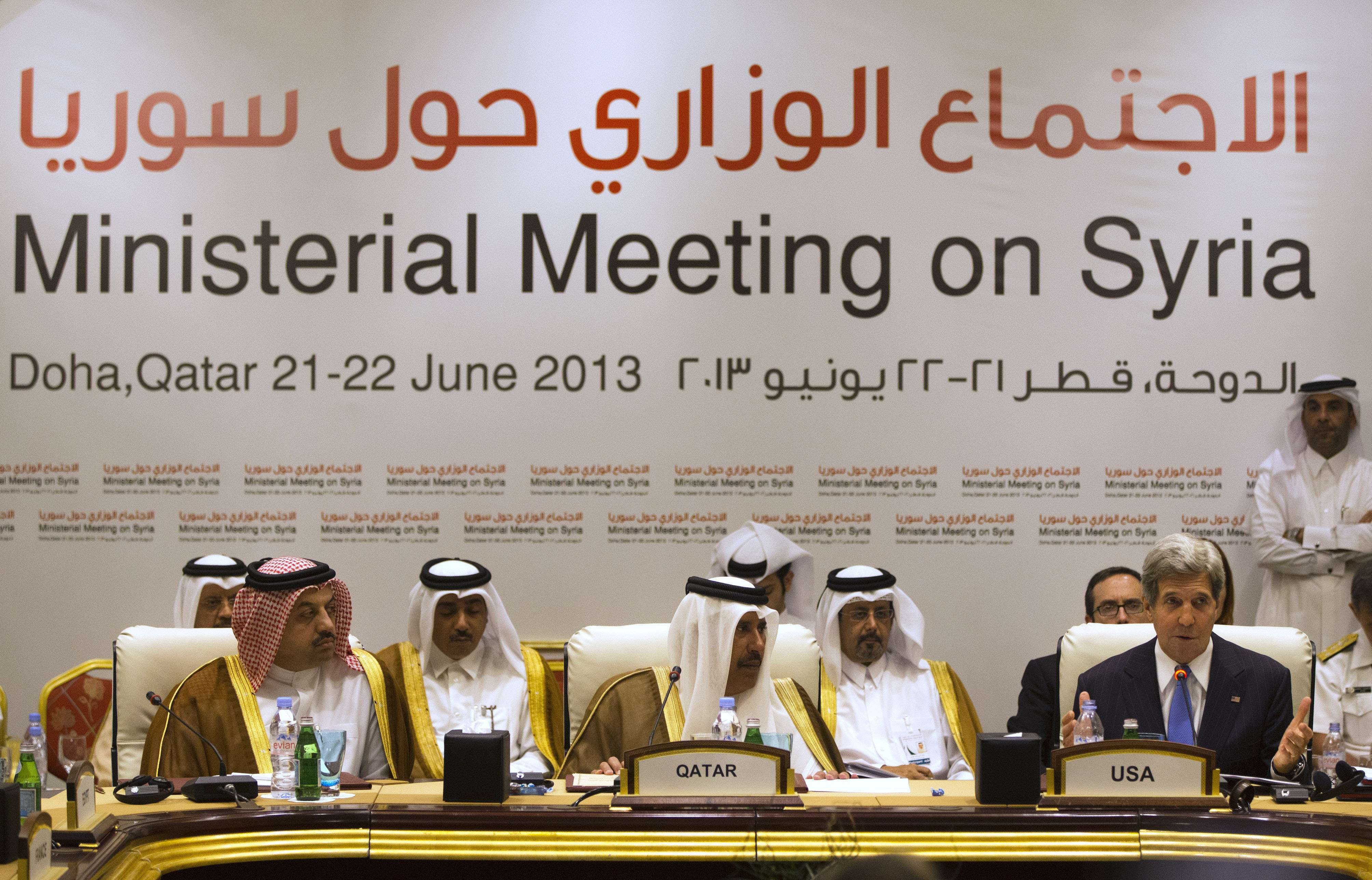 Egyptian Foreign Minister Mohamed Kamel Amr stressed the importance of supporting the Syrian opposition in a Friends of Syria Core Group meeting in Doha on Saturday.

Amr discussed support methods in order to pave a way for a political solution in Syria, and he asserted that Egypt is standing by the Syrian people so that the expectations of the Syrians become a reality on the ground, because this can prevent the region from slipping into instability, according to a statement by the Egyptian Foreign Ministry.

They announced their rejection of intervention that can lead to more massacres, adding that they intend to do everything to protect Syrians from the tragic situation they are living, according to the statement.

Qatari Prime Minister and Foreign Minister Sheikh Hamad bin Jassim bin Jabor Al Thani held a press conference with US Secretary of State John Kerry after the meeting, and said that they discussed the “intervention of Hezbollah which led to more violence.”

He added that the international community was falling short in its efforts to resolve the crisis.

In a joint statement published by the UK’s Foreign and Commonwealth Office, the Friends of Syria expressed their concerns for the increasingly sectarian nature of the conflict in Syria, condemning “the intervention of Hezbollah militias and fighters from Iran and Iraq in Syria, who are aiding Syrian regime repression against the Syrian people…”

This threatens Syria’s unity, they said, adding that these fighters should leave Syria immediately.

In the light of these developments and the confirmation by several countries of chemical weapons use in the conflict, the ministers announced several decisions, including providing all necessary material and equipment to the Syrian opposition.

The ministers also said that the crossing of fighters who get involved in military operations to support the Syrian regime “must be prevented”.  They called on Iraq and Lebanon to safeguard their borders, and to ensure that their fighters do not escalate tensions.