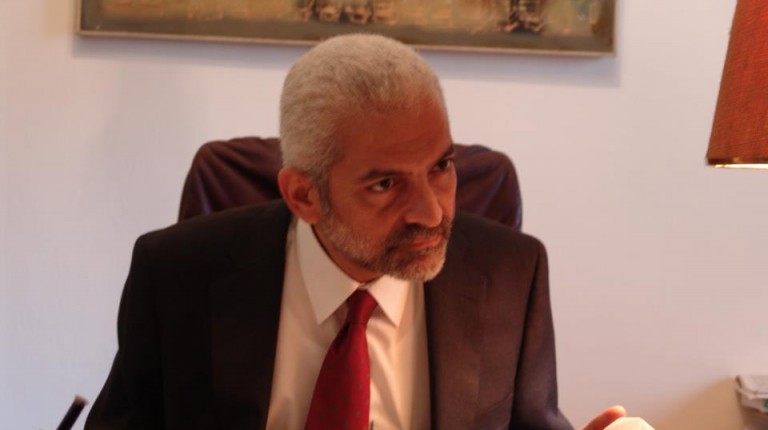 Minister of Culture Alaa Abdel Aziz denied claims by protesters that he is unfairly appealing to the president and the Muslim Brotherhood at a hearing held by the Culture and Information Committee in the Shura Council on Monday.

The minister said positions are appointed based entirely on qualifications, whatever the applicants affiliation. He added that the rampant corruption in the ministry must be firmly confronted, state-run Al-Ahram reported.

Maha Effat, a member of the Revolutionary Artists Coalition and a sit-in participant, said neither the minister of culture nor the Brotherhood have “a cultural plan” for the ministry’s development.

She added that the minister’s main job is to listen to criticism and resolve conflict.

Abdel Aziz said Ines Abdel Dayem, the former head of the Cairo Opera House, was overpaid  half a million pounds during the 18 months after the revolution while other workers sought EGP 60 per month. He added that the loss of public money is a result of poor management, and a lack of transparency and strategy.

Effat stated that Abdel Aziz “randomly made claims” about Abdel Dayem, stressing that he is unaware of the opera house’s procedures and technicalities.
Abdel Aziz explained that while he does not intend to stop the culture festivals and awards, these festivals will be “re-adjusted.”

Effat said these “adjustments” will be tailored to fit the Muslim Brotherhood’s personal standards.

“The sit-in will continue, not just for the removal of the ministry but for the toppling of the regime as a whole,” Effat added.

Protesters are continuing a sit-in at the ministry in opposition to the appointment of Abdel Aziz and his subsequent dismissal of various culture officials including Abdel Dayem and head of the applied arts department Salah El-Meligy.