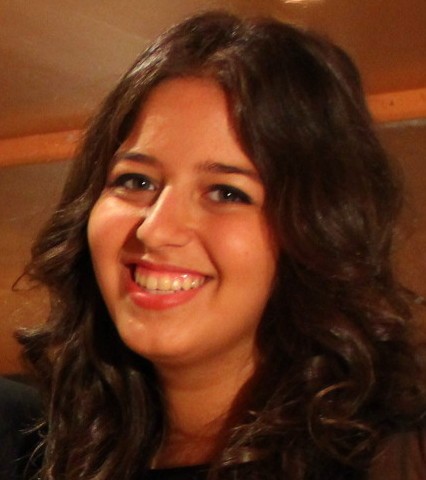 The science of politics is all about setting expectations; political scientists call it “political forecast.” This forecast is based on variables such as history, the norm, general pattern, contemporary comparison, and group interest. An in-depth study of the Muslim Brotherhood from within, its history, personnel, and group interests, allows us to deduce the possible scenarios of the Muslim Brotherhood’s reaction on the 30 June.

The first one falls under the classic “divide to conquer” tactic. Karim Motawea, a researcher in Khairat El-Shater’s office, created a report in which he laid out strategies by which “Gabhet El-Enqaz” (the National Salvation Front) could be divided. One strategy involved having Amr Moussa, who is the clear-cut right wing in the Front, resort to the right wing initiative of negotiating, which consequently lead to the previous private meeting with El-Shater. It is needless to mention that this step, by all means, went against the will of the Front, and eventually lead to conflict within.

Second is the use of fronts, which claim to consist of neutral and diverse civilians, to step in as unbiased actors, or so people may believe. This could be demonstrated in “Gabhet El Dameer” (the Consciousness Front,) of which Emad Abdel Ghafour is a founder. In an interview with Abdel Ghafour, researcher Dalia Al Kady asked him questions regarding the cabinet reshuffle, he firmly replied, asking her not to affiliate him with anything to do with presidential issues. Following his reply, researcher Hesham Shafick exclaimed “sir, I’d like to remind you that we are in the Presidential Palace, meeting with you as the assistant of Egypt’s president,” he replied, restating that he has nothing to do with the issues they were querying. In his office, Abdel Ghafour has two key players that are worth noting: Dr Ashraf Seifeldeen, who is highly ranked academically, and Gamal Taha, who was the adviser to SCAF and who has good ties with several military generals.

Another possible scenario could be executed by Hazem Salah Abu Ismail, who called upon the people to be present at Asad ibn Al-Furat Mosque in which he will preach on 30 June. While some assume he will do so in order to keep people in the mosque rather than have them protest, others are under the assumption that Abu Ismail will take this mass to the streets leading them to resort to aggression. Solely in this way, Abu Ismail’s clan could be held accountable as a third actor and the Muslim Brotherhood wouldn’t carry the blame.

There is another mass that the Brotherhood could resort to using, whose support was gained by those who secluded themselves from the Muslim Brotherhood and are viewed as neutral parties, such as Abdel Moneim Aboul Fotouh and Al Wasat Party.

Moreover, a unique group that the Muslim Brotherhood may utilise and turn against the civilians is its youth, who been constantly barred from creating social or marital ties with anyone outside of their sphere. After the revolution, they believed that since the security conditions had changed, this had come to an end, but it did not; and so most of the Muslim Brotherhood youth figures left the organisation. Those remaining became two kinds: those who look down on revolutionary youth who were taken to a better life, and those who scorn them because they suffered terribly. In both cases the Muslim Brotherhood could use these groups, and their cohorts, and turn them against the rebelling civilians generally and the youth specifically, towards whom they have no compassion.

Mediation and negotiation have always been options in politics. Perhaps the Muslim Brotherhood may decide to consolidate efforts to reach a middle ground with the National Salvation Front meanwhile even creating a “Salvation Government” for the meantime. This is rather a best-case scenario for some.

After having mentioned the possibilities of several scenarios, tools, and the “why,” one must not neglect the “why not” of one of the most popular actors that occupy the thought of the civilians: why not the Armed Forces? Put simply, the military chiefs in power today are there by the appointment of Morsi, and having talked to several leaders within the Armed Forces it is clear that there is a general consensus against repeating the 2011 scenario.

We must verify that this is not a guaranteed judgment, rather mere possibilities and expectations that are being communicated to the people of this nation to turn their heads and raise their awareness to the variety of scenarios, while leaving the final assumption to them and their analysis, for the ordinary citizen, the “couch party,” is on the top of our priority list.

Yasmin Hashim is the Assistant Executive Manager of the Muslim Brotherhood Unit in Cairo Center for Political and Strategic Studies.