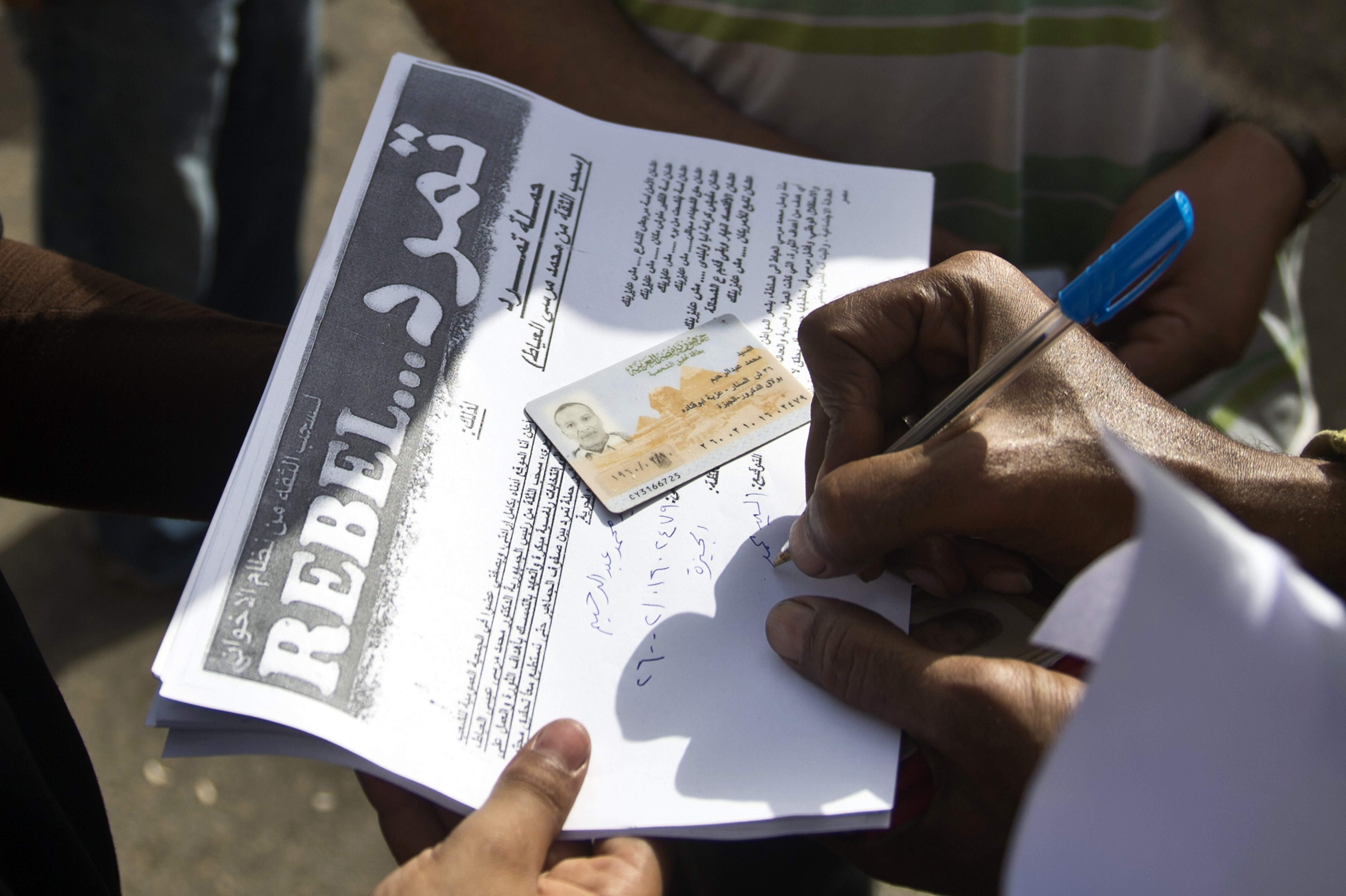 The constitution fully supports the Tamarod movement’s signature campaign, according to the head lawyer of Tamarod’s justice committee.

Sameh Ashour made the statement at a press conference on Tuesday.

“The idea of collecting signatures for a cause has been practiced throughout history,” said Ashour. He said the constitution laws preserve this right and freedom.

Ashour accused the Muslim Brotherhood of not following the constitution they wrote. The constitution’s preamble establishes that Egypt’s citizens are the source of state legitimacy and have the right to contribute to its laws and amendments.

“Article 45 of the constitution says that freedom of thought and opinion are guaranteed to every citizen,” said Ashour. He said as long as the Tamarod movement remains peaceful, they have every right to express themselves.

Ashour said this freedom isn’t limited to just the opposition, but also groups like the Tagarod movement, a movement that appeared after Tamarod to support the president.

“Tamarod reached people, they were able to get the signatures of 15 million Egyptians,” said Ashour. He emphasised that it was people who made Tamarod a success. “We are group of lawyers who are always on call. If clashes or arrests occur involving a member from Tamarod, [we advise them of their] legal rights,” he said.

Mahmoud Badr, spokesperson of Tamarod, saidprotests scheduled for 30 June would not be their revolution but the revolution of the 15 million Egyptians who support early presidential elections. It is these people, he said, who are demanding their rights and are calling for “freedom, bread and social justice,” the slogan of the 2011 uprising.

Badr stressed that Tamarod refuses to negotiate their demand of early presidential elections. “|Thirty June is a day where Egyptians will fill the streets, demanding early elections and any negotiations should be made with the demonstrators and not Tamarod,” said Badr.

Ashour said on Sunday lawyers from the committee will be stationed in different areas in the event clashes or the arrests of protesters.

In the conference, Badr called on Egyptians to gather on Wednesday in Tahrir Square to watch President Mohamed Morsi’s speech and respond accordingly.