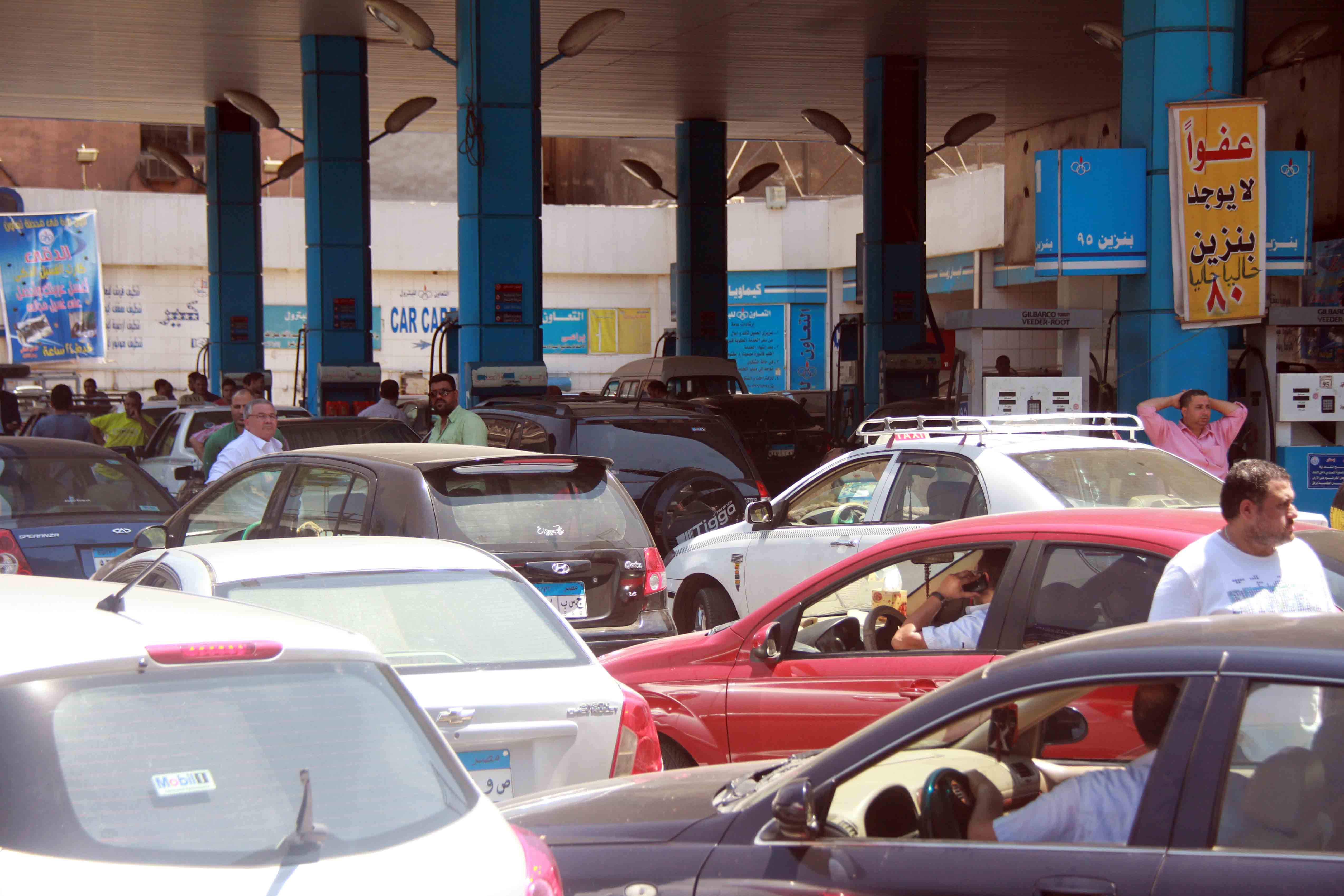 Egypt’s government reiterated its calls to citizens “not to worry” about a sweeping shortage of fuel that has climaxed in the past two days, with long petrol station queues paralysing Cairo traffic and adding to nationwide frustrations ahead of anticipated 30 June protests.

According to a report on the state-run news agency, since early Wednesday the cabinet has pumped 2,100 tonnes of regular petrol and 1,000 tonnes of diesel in 120 petrol stations within Cairo, in addition to the 2,800 that were injected the day before.

Amid mounting criticism for its handling of the situation, the government said it is monitoring and following up on the delivery of fuel, during which it discovered cases of withheld sales, and has confiscated the licences of a number of petrol stations. The cabinet also pledged its “commitment to meeting the fuel needs of all citizens across the republic.”

This comes after a report was issued by President Mohamed Morsi’s office on 25 June attributing the crisis to five primary causes, including a significant increase in market demand.

It explained that deteriorated security conditions in the country since the revolution have helped fuel-smugglers and the black market thrive, especially since subsidies keep Egyptian petrol prices low compared to other countries in the region.

“A subsidised litre of diesel in Egypt costs EGP 1.1, whereas in Turkey, Sudan and Jordan, it is sold for EGP 18, EGP 4 and EGP 8,” the report said.

Late supplies delivered to Upper Egypt have also intensified the problem even further, in addition to railways that are constantly blocked by protesting citizens, the report explained. “The fuel reaches its destination in Upper Egypt’s cities in 20 days instead of six,” it stated, citing the road blockages.

A third cause the report mentioned was the decreasing domestic production in the country due to old and obsolete refineries. “The newest refinery was first established 13 years ago, and there were no plans made to develop them to match the market’s increasing demand.”

The report also highlighted that Egypt’s fuel supply relies heavily on the availability of foreign reserves, which is currently posing a significant challenge. Debts of the Egyptian Petroleum Corporation (EGPC) are estimated at $6.5bn as of 30 June 2012, which has weakened the company’s credit rating, the report said.

As of 31 May of this year, this debt was lowered to $5.4bn as debt payments were made, but the total debt still remains high.

Reuters reported earlier this week that several smaller oil companies stopped delivering shipments of the commodity to the cash-strapped country as it faces difficulty in repaying.

Egypt’s foreign currency reserves dropped from $36bn on the eve of the revolution to $16.04bn last May, having rebounded from a low of $13.4bn due to a $3bn Egypt received from Qatar.

In response to the crisis, the report has proposed a number of solutions, including the implementation of a smartcard system, which is to launch on 1 July; installing strategic and secured petrol stations across all governorates and ensuring they do not run out of fuel; and creating an information database system between the Ministry of Petroleum, Ministry of Interior and the Ministry of Supply.

The presidency also announced its decision to develop its outdated refineries, establish new labs and continue the search for new oil wells in Egypt.

The presidency’s report was published despite a statement made by the Minister of Petroleum and Mineral Resources Sherif Hadarra denying the problem on Monday.