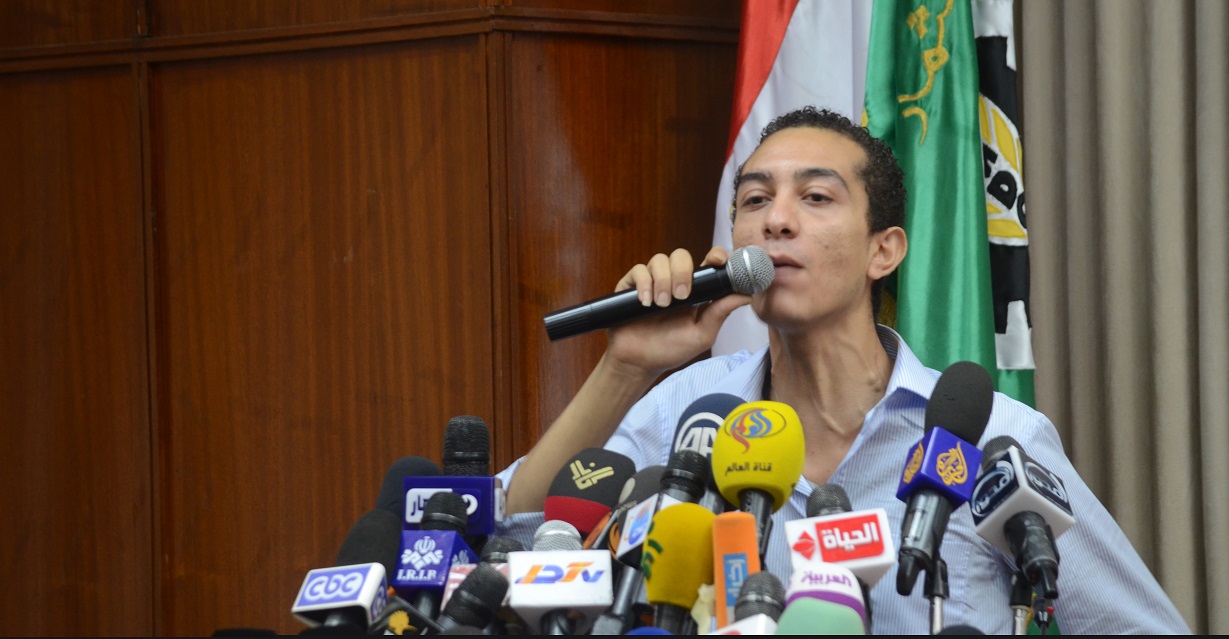 The Tamarod campaign launched on Wednesday a front to administer the 30 June protests and the transitional period likely to follow it.

The campaign was the first to call for nationwide protests demanding the overthrow of the current government and the holding of early presidential elections.

In a press conference, a statement was released on behalf of the 30 June Front stating that it had been launched to represent a unified leadership for the coming phase. It added that the front would persist in peaceful demonstrations until achieving the goals of the 25 January Revolution.

Tamarod member Mona Selim stated that the Front resembles an operation room for planned protests, adding that it would start functioning upon its launch on Wednesday and continue until the “regime is toppled”.

“The Front is an example of the revolution and not representative of it,” Selim said.

The Front offered a roadmap for the phase which follows the hypothetical removal of President Mohamed Morsi. The roadmap involves choosing a prime minister from the national figures to take over the presidential powers and form a cabinet of national, efficient ministers. The cabinet’s top mission would be to devise a plan to “salvage” the economy and achieve economic justice.

The Front’s roadmap would also see the delegation of the Supreme Constitutional Court (SCC) chairman as president; his role would be honorary as the Prime Minister would have the executive powers. As for the state’s internal and external security, it would be left to the National Defence Council to handle.

The 2012 constitution would be stalled and the current Shura Council would be dissolved, the Front’s roadmap dictated. Instead, a constituent assembly comprised of constitutional and legal experts would be formed to draft a new constitution and to temporarily take over the legislative authority.

The transitional period outlined in the roadmap is due to expire within six months, to be followed by presidential elections held with full judicial monitoring. After electing a president, the people would then move to parliamentary elections.

Khaled Teleima, one of the Front’s founders, stated that this roadmap was structured following a full month of discussions between Tamarod and all “revolutionary and youth movements”.

“We ask of you all to adopt this roadmap and stick to it in the face of any other rival plans in order to preserve our unity,” Teleima said.

Shady Al-Ghazaly Harb, another founding member, stated that this roadmap is the only remaining roadmap for the next phase. “All other roadmaps proposed by other movements were eliminated in this one’s favour,” Harb said. “We had reached consensus with them all.”

The mother of alleged torture victim Mohamed El-Gendy, was among those who attended the press conference.

“I miss Egypt,” Al-Gendy’s mother said. “Just as I miss my son calling me ‘mother’. My children, would you be able to bring Egypt back to me?”

The Front called for nationwide protests on Friday to demand the departure of Morsi. In Cairo, it said it was organising a march from Al-Azhar to Tahrir Square.