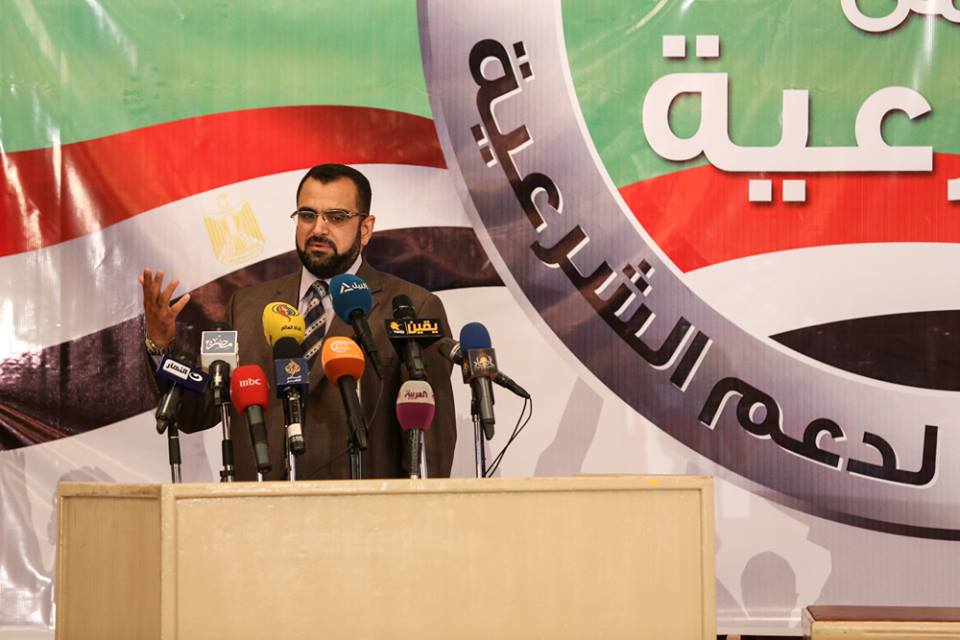 Prominent Islamist parties and groups have announced the formation of the “National Coalition to Support Legitimacy,” whose members will attend Friday protests at Rabaa Al-Adaweya square, according to a statement released on Thursday.

The Freedom and Justice Party (FJP), one of the members of the coalition, released the launching statement, which detailed the objectives of the new-founded coalition under the slogan “protecting the revolution… protecting legitimacy”.

“Believing in the right of Egyptian people to protect their democracy… in light of trials by former regime members and their thugs … armed by corrupt businessmen who robbed the people of their money, the honourable people of Egypt decided to launch the National Coalition to Support Legitimacy,” the statement read.

The coalition declared that it would coordinate efforts to “preserve the dignity of the nation,” manage peaceful protests and sit-ins, fight “thuggery,” and protect the choices made by Egyptians using all legal and peaceful methods.

The statement also called on Egyptians to join the so-called “safeguarding legitimacy” protests to be held after Friday prayers, in order to “head off the counter-revolution, and those conspiring with it against the interests of the people.”

” The protests will be followed by major events that will announced later,” the statement read.

Members of the coalition include the Building and Development Party, FJP, the New Labour Party, Fadila Party, Islah Party, Al-Tawheed Al-Araby Party, Al-Watan, Al-Wasat, Islamist Party, Al-Asala, Al-Shaab, the Coalition of the Union for Arab Tribes in Egypt, The Federation of Professional Syndicates, the General Syndicate for Egypt’s Farmers, Al-Azhar University Students’ Union, and the Union for Street Vendors, among others.