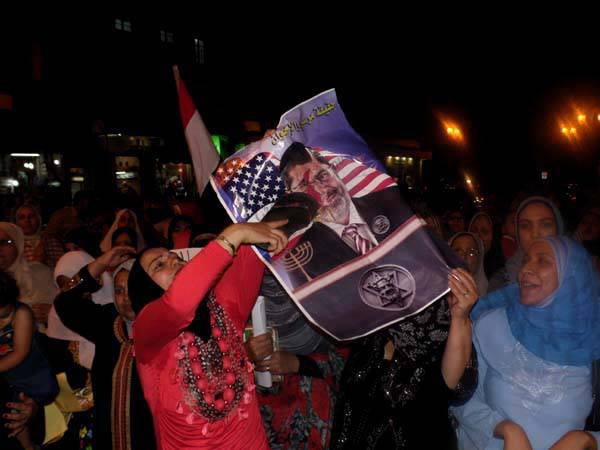 Anti-harassment organisations and movements have announced their plans in preparation for 30 June protests at the presidential palace.

Tahrir Bodyguard, Fouada Watch and Operation Anti-Sexual Harassment(OpAntiSH) have been busy for the past week recruiting volunteers and training them to fight sexual harassment.

These movements have announced they will be working on the streets outside the presidential palace on 30 June. Their activities include protecting female protesters, spreading awareness and helping women in cases of harassment during protests.

“We will be doing our best to ensure an environment safe from sexual assaults within our resources,” read a statement released on Tuesday by Tahrir Bodyguard.

OpAntiSH announced that five cases of harassment took place on Friday during a massive protest in Tahrir, with Nazra for Feminist Studies qualifying in a statement that all five cases were mob assaults.” One happened near Talaat Harb Square, and three cases inside Tahrir,” Nazra said. “[The victims] arrived at the field hospital in a state of unconsciousness. The fifth was a foreigner who was saved in an ambulance that drove her outside the square.”

The foreign female was reportedly a foreign correspondent filming the protest in Tahrir when some asked her to leave the square, while others asked her to stay and film. This led to a fight between protesters in which she was beaten, according to state-owned Al-Ahram.

On Tuesday, the anti-harassment group I Saw Harassment recommended that female protesters carry industrial needles, usually used by mattress makers, to defend themselves from sexual assault.