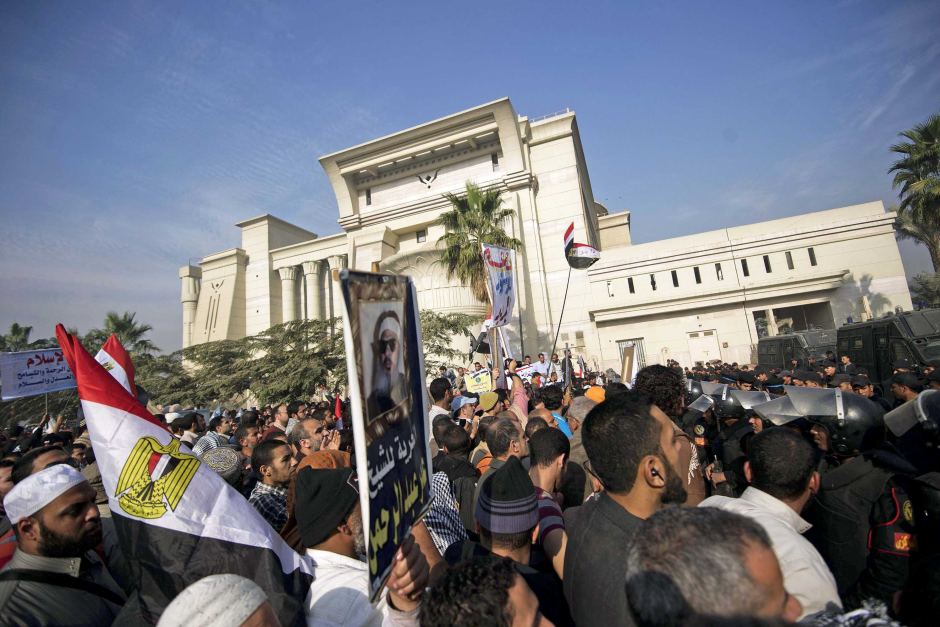 Constitutional experts were busy during President Morsi’s first year in power, amid the consecutive crises between the presidency and the judiciary. Experts often voiced their opinions in press conferences, trying to explain the repercussions of this tense relationship.

“According to the constitution, President Morsi is the interlocutor between authorities. Nobody should interfere in between judicial, legislative, and executive authorities except for the president,” said Mokhtar Al-Ashry, head of the legal committee of the Freedom and Justice Party.

Al-Ashry added that throughout last year, Morsi met with The Supreme Judicial Council and representatives of the judicial authority; he promised them they would help draft a judiciary law that would be approved by all the judges.

“Whoever thinks there is any personal dispute, between the president and members of the judicial authority, is mistaken,” Al-Ashry said, adding that some judges were eliminated for political activity which runs counter to their judiciary role.

He emphasised that there can be no dispute between a state authority and the patron of the state represented by the president.

Constitutional expert Raafat Fouda disagreed. He described the relationship between Morsi and the judiciary as “dark and gloomy”.

“Morsi didn’t prove that he respected judicial verdicts, on the contrary, he eliminated judges and campaigned against them,” said Fouda.

“Through the last year the presidency played the role of the Court of Cassation, criticising verdicts and undermining the judiciary, although he is the head of the executive authority governed by the law,” he said.

Fouda added that the president committed grave violations against the judicial authority by issuing his constitutional declarations, appointing a prosecutor general through unconstitutional procedures, immunising the Shura Council and the Constituent Assembly and challenging court verdicts.