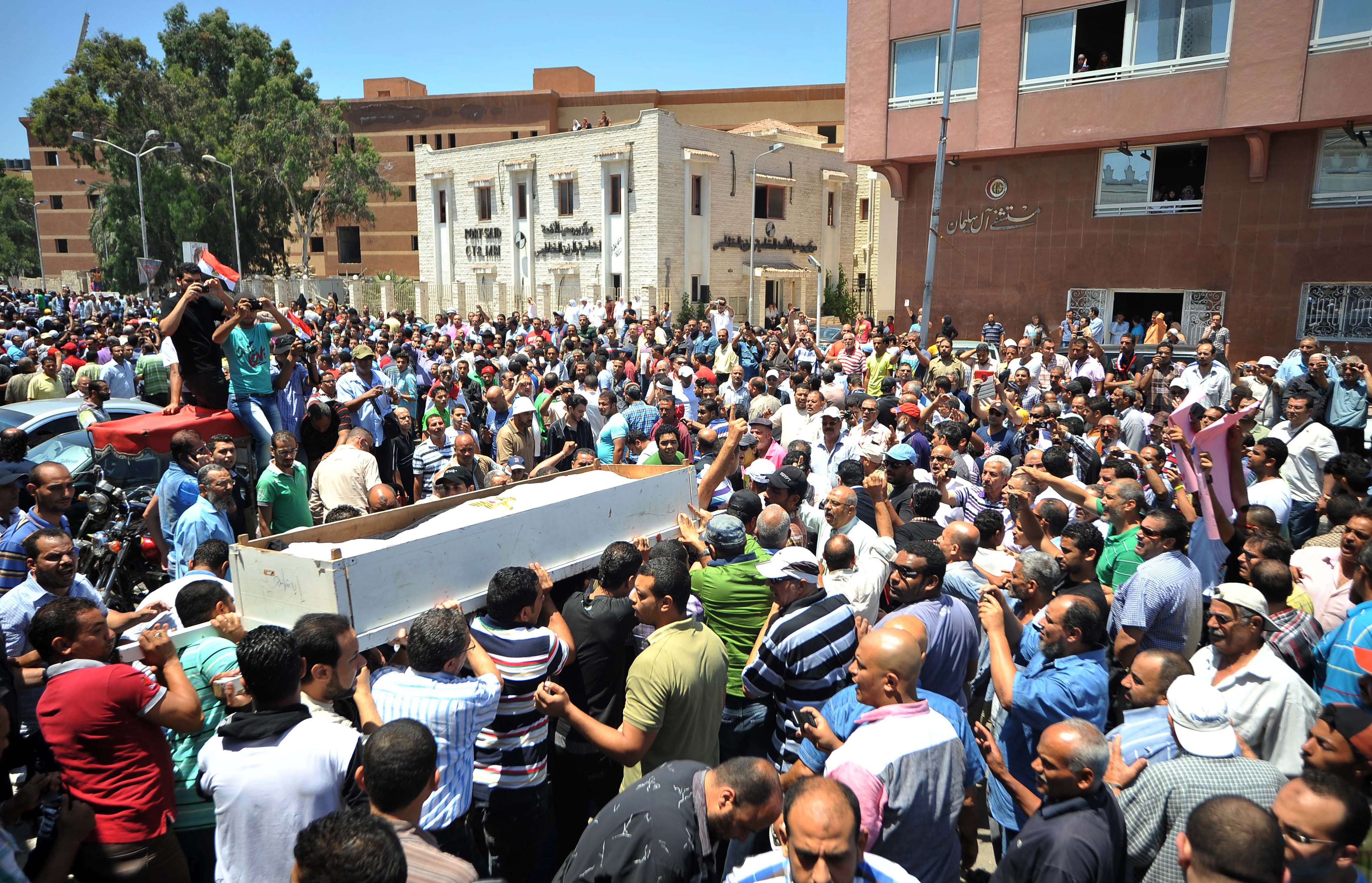 An explosion rocked Martyr’s Square in Port Said Friday evening, injuring at least 14 and killing one civilian, according to the state-owned news agency Al-Ahram. The blast was located in a busy square where protesters had gathered to demonstrate against President Mohamed Morsi and the Muslim Brotherhood.

Media outlets initially reported that a butane gas cylinder had exploded after being struck by fireworks, killing a journalist. AFP meanwhile reported unidentified men had thrown home-made hand-grenades. According to Mohamed Naguib, an activist in Port Said, the most agreed upon-explanation is that an explosive device was planted in a bag and placed alongside the butane gas cylinder, setting off the explosion.

Al-Ahram on Saturday cited unnamed security officials as saying traces of explosive materials were found on the body of the victims, lending credence to the belief that it was a planned attack.

Naguib claimed that the journalist killed was El-Masriyeen reporter Salah El-Din Hassan. He also reported a total of 20 injuries, ranging from burns and nervous breakdowns to loss of limbs.

“We felt the ground shake and saw a man propelled into the air by the explosion,” Naguib said. “Initially people were marching to Martyr’s Square but then changed their destination to Manshiya Square instead, reducing the total number of protesters present at the time of the explosion. There were 2,000 to 3,000 people in the area at the time of the blast.”

According to Al-Ahram, a bomb squad was deployed to the area immediately following the incident, and the Ministry of Interior has launched an investigation into the explosion.