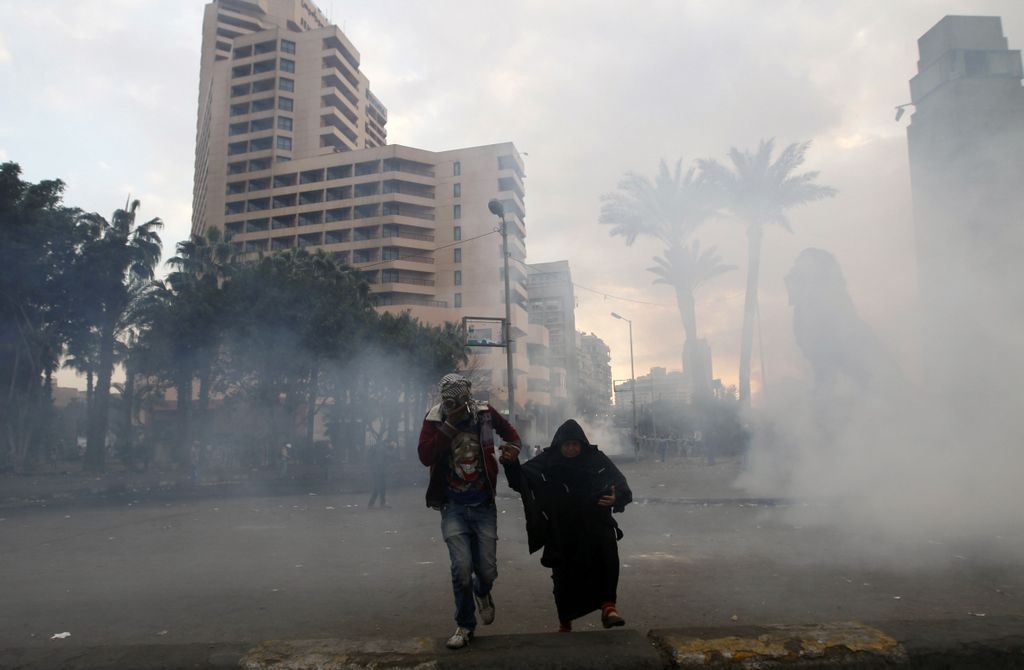 As part of his electoral campaign a year ago, President Mohamed Morsi pledged to combat corruption, reinstall security and heal a tourism sector that was severely hit by political unrest.

With violence and political turmoil across Egypt, the tourism sector, accounting for an average of about 11.3% of the country’s gross domestic product (GDP), deteriorated to its lowest levels after a 2010 peak. In April 2013, the Ministry of Tourism resorted to urging tourists to launch a donation campaign to complete the establishment of the Grand Egyptian Museum, a project that had suffered delays amid ongoing instability.

The sector, which employs about 2.83 million professionals, is set for further blows as the country gears up for another fresh spate of protests starting 30 June which has already shown violent trends. Opponents of Morsi, spearheaded by a youth campaign dubbed “Tamarod” (Rebellion), have called for nationwide protests on 30 June, which marks the end of Morsi’s first year in power. On 26 June, Morsi delivered a speech to highlight his accomplishments in which he said that the number of tourists increased by 1 million, a figure still weighed on by political instability. “In one year, there have been more than 7700 sit-ins and more than 5800 protests, with violence marring some.” He added “how can tourists come to a country where there are road-blocks, lobbed Molotovs and satellite channels airing this?”

He also thanked the outgoing governor of Luxor, drawn from the ranks of the hardline Al-Jamaa Al-Islamiya, who resigned a few days after his appointment by the president drew a wide outcry and ongoing protests by workers in the sector till the resignation was announced.

“Appointing a member of an extremist movement to govern the city that holds one third of the world’s historical monuments is a blow to the Egyptian tourism [sector],” the undersecretary of the Ministry of Tourism for International Relations and Public Relations Wessam El-Khair told the Daily News Egypt.

Egypt tailed behind Pakistan, Yemen and Chad in the Travel and Tourism Competitiveness Index (TTCI), issued by the World Economic Forum in March, in terms of security and safety. This is a drop of 10 ranks on the scale, compared to last year, to come in at the eighty-fifth place out of 140 countries on the 2013 index, coming behind Colombia, Trinidad and Tobago, and the Philippines, respectively. The report cited ongoing political turmoil that has plagued the nation since the 25 January Revolution for the lingering security lapse.

In March 2013, clashes broke out at the Semiramis Hotel, one of Cairo’s oldest and most luxurious hotels. The hotel was surrounded by clouds of tear gas and protesters took refuge in its entrance, which drove tour organizers to cancel bookings at the hotel.

Many tour organizers decided against arranging trips to Egypt as calls for protests renewed. “Tourism declined further since activists’ calls began to revive the 2011 revolution and oust Morsi’s regime,” Amr Sedky, deputy chairman of the Tourism Chamber’s board of directors, told the Daily News Egypt.

The sector faced a series of bad news over the past year. Last August, militants attacked a checkpoint near the Rafah border crossing, which resulted in 16 Egyptian border guards were killed and 7 injured. Two days after, Egypt Minister of Tourism Hisham Zaazou said that “this fatal attack on Egyptian soil is not affecting tourism.” On 26 February 2013, a hot air balloon crashed near Luxor, killing 19 out of 21 passengers. It was the deadliest ballooning disaster in history, surpassing the 1989 Alice Springs hot air balloon crash in Australia.”

“Cairo, Alexandria, Luxor and Aswan, are the most cities which suffer low turnout of tourists,” said a member in the Chamber of Tourism companies, Mohanad Saleh. “The occupancy in Sharm El-Sheikh’s resorts is much better and after Rafah’s attack no reservations were cancelled. Everybody knows we are passing through a transitional period,” he said. Saleh asserted that during the last period, Zaazou supported the tourism sector financially and politically.