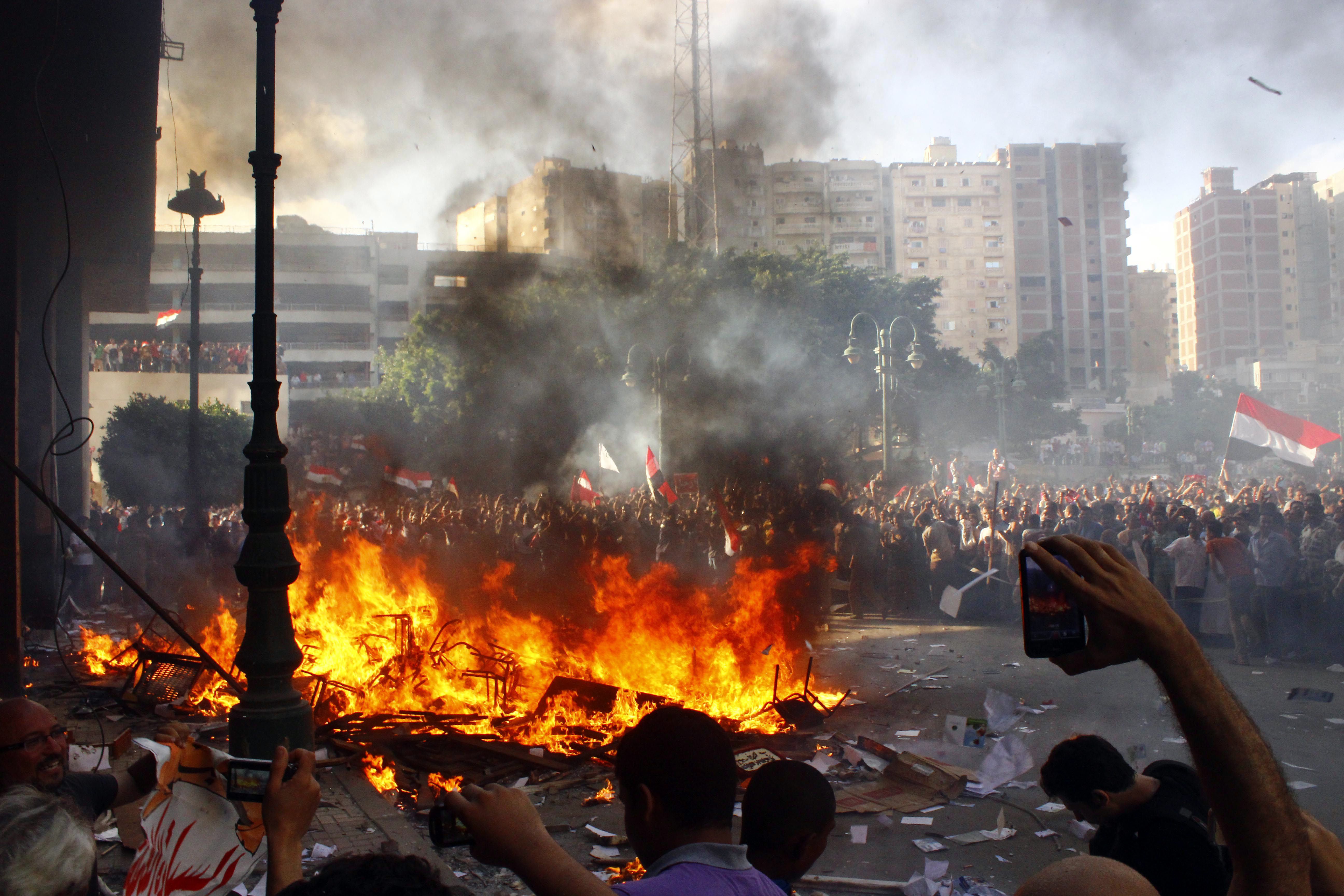 An American citizen was stabbed to death while watching the violent protests at the Freedom and Justice party headquarters in Sidi Gaber in Alexandria on Friday.

According to the Egyptian Ministry of Interior, Andrew Pochter was an English language teacher at a local school, and died in an ambulance after being stabbed in the back while watching protests.

The police forces are still investigating the crime, and the US embassy has refused to comment on the issue.

According to state-owned Al-Ahram, the US embassy is recalling the families of its nonessential diplomats to the US for their safety before the predicted unrest in Cairo in the next few days.

While rumours about a military take-over are spreading, Captain Ahmed Shaaban, Egyptian military spokesman, stated that “the army is deployed in the streets but only to protect Egyptian citizens and their personal possessions, we have nothing to do with a revolution.”

Nation-wide protests are expected on Sunday, 30 June, after a massive signature campaign calling for the withdrawal of confidence of President Morsi has gained millions of supporters.