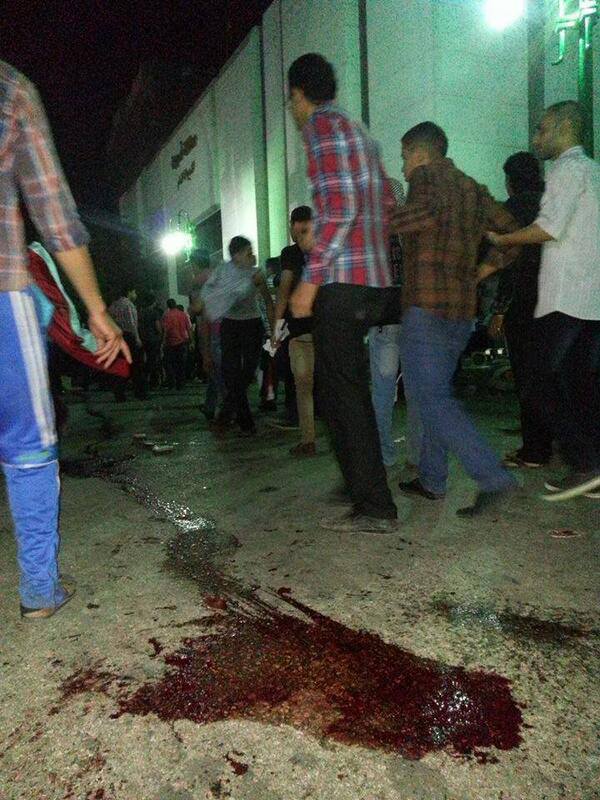 Funerals were held in Assiut on Monday for Mohamed Nassef Shaker, Abanob Adel and Mohamed Abdel Hamid, who died during clashes between protesters and supporters of President Mohamed Morsi early Monday morning.

Three people were killed and 15 injured in clashes between protesters and supporters of Morsi in Assiut, early Monday morning.

The protest was part of nationwide demonstrations to demand early presidential elections.

Major General Abul Qassem Abu Deif, the security director in Assiut said the assailants came from Abo Hashish Street where the FJP headquarters are located and fired on protesters.

Crowds gathered in front of the Assiut governorate building on Monday morning, preventing Governor Yehia Keshk and employees from entering the building. More protesters are expected to join them at 7pm.

Hamid’s funeral procession started after noon prayers from Mecca mosque in Assiut and crowds joined the procession chanting against Morsi and the Brotherhood. Funerals for the other two victims were held earlier on Monday.

Assiut prosecution ordered an investigation into the clashes.

Assiut Director of Security Abul Qassem Abu Deif told state-owned Al-Ahram that two people were arrested on Monday near the premises of the Freedom and Justice Party headquarters where the clashes occurred.

Mohamed Atef and Mohamed Mohamed Abdul Rahman were arrested with two rifles, a pistol and 280 bullets; they were referred to the prosecution for investigation, reported Al-Ahram.

Tamarod Coordinator Alaa Hakim blamed Assiut’s governor for the death of protesters, accusing him of being involved with the Brotherhood and targeting its opponents.

The FJP released a statement following the events saying that protesters attacked FJP headquarters, firing weapons and throwing molotov cocktails at the “Islamist youth guarding the headquarters”. According to the FJP, police intervened to protect the FJP building.

“We condemn all forms of violence and are keen on adhering to peaceful demonstrations since we started the events for supporting the legitimacy that we started in Assiut more than a week ago,” read the FJP statement as reported by state-owned MENA.

Central Security Forces stationed an armoured vehicle nearby after using teargas to disperse the crowd.

The FJP released a subsequent statement criticizing media coverage of the clashes and denied FJP members shot protesters. They said such reports led to attacks on their headquarters and the injury of four members of the party.