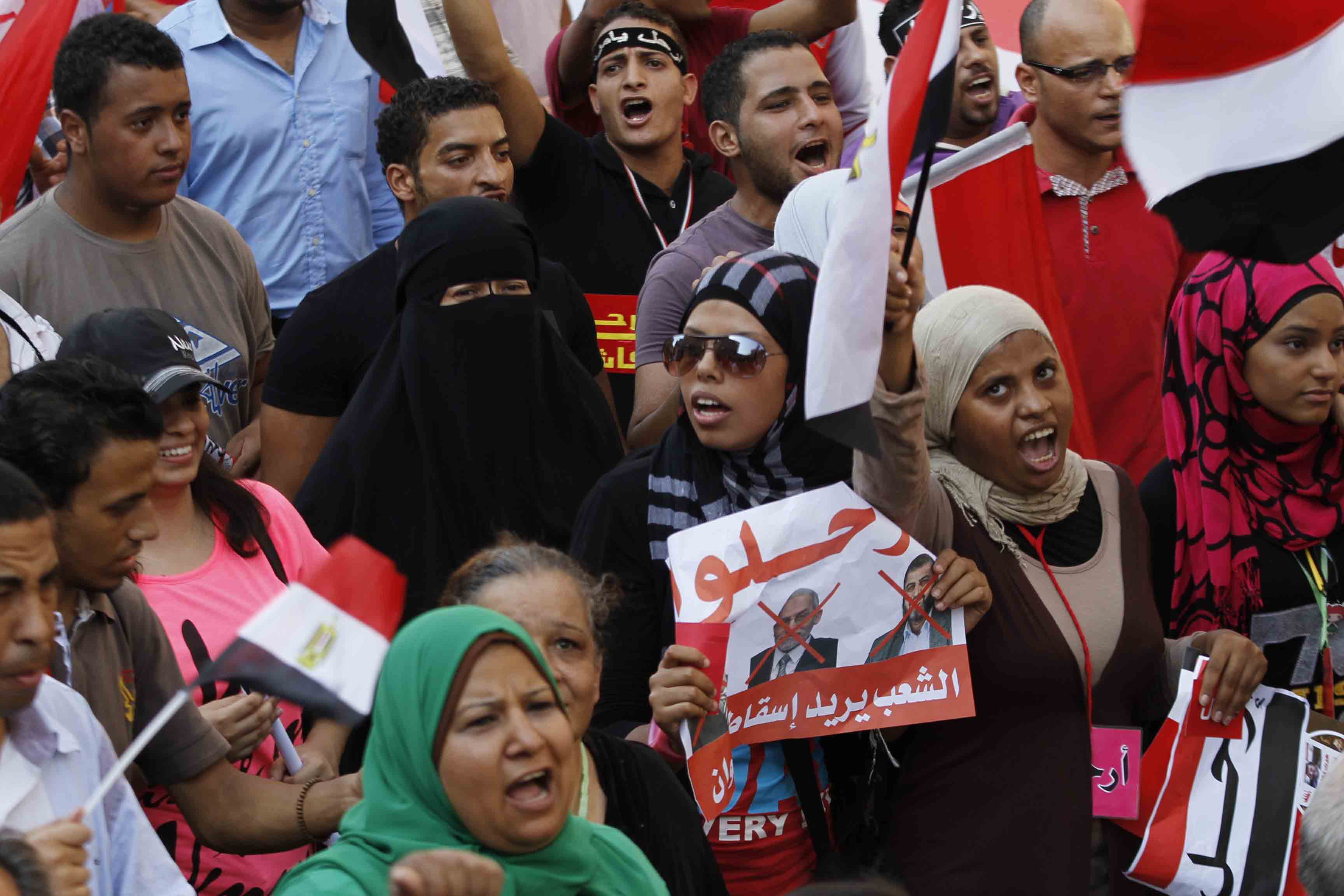 Dozens of female protesters were sexually assaulted on Sunday, including one woman who was kidnapped for five hours, according to a number of anti-harassment movements.

The I Saw Harassment initiative said in a statement on Monday 51 instances of sexual assault were reported between Friday and Sunday. Initiative member Veronica Benjamin stated her organisation received reports of three sexual assaults in the vicinity of the presidential palace on Sunday, whereas most took place in or near Tahrir Square.

Operation Anti Sexual Harassment, a group of volunteers who help sexual harassment and assault victims, reported an initial 46 sexual assaults in the vicinity of Tahrir Square during Sunday’s protests. The group said this was the biggest number of attacks reported during a protest they had ever received.

Benjamin stated that the worst case reported to I Saw Harassment was that of a girl who was kidnapped by a mob in Tahrir Square from the company of her brother and cousin for five hours.

Benjamin attacks peaked between 4-9pm, adding that most cases occurred inside the roundabout of Tahrir Square or in the nearby side streets.

I Saw Harassment accused the Muslim Brotherhood of using mob sexual assaults to “taint the revolution” and show the international community that Egyptian protesters are “uncivilised”.

The initiative accused “extremist Islamist media” of supporting such violence by describing the victims as “immoral” or foreign agents.

The initiative said President Mohamed Morsi , Prime Minister Hesham Qandil and “extremist Islamist movements”, were all accountable for the attacks. It called on different anti-harassment groups to document all reported attacks to be used as evidence of Morsi being responsible for “crimes against humanity”.

I Saw Harassment encouraged women not to be intimidated and to continue participating in protests.

The Free Egyptians Party (FEP) released a statement Sunday warning of the danger of “terrorising” women and “tainting our great revolution” through such acts. It also emphasised that the revolution should remain peaceful and continue to value the contribution of female revolutionaries.

The FEP stated that the Egyptian people will “strike strongly against all those who seek to blemish the revolution”, adding that Egyptians “are entirely aware of those who stand behind such desperate acts to eliminate women from Tahrir Square.”

“Such assaults all come in the context of failed trials aiming to preserve a regime which lacks legitimacy,” the statement read.

Presidential adviser on foreign relations Essam Al-Haddad claimed in a statement on Saturday that the crowds in Tahrir Square were “out of control”. He noted the case of a Dutch journalist who was allegedly gang raped near the square, one of seven reported on Friday, adding that such criminal acts “do not appear to be politically motivated or controlled.”

The protests marking the second anniversary of the 25 January Revolution were also marred by sexual assaults, with at least 24 cases reported.