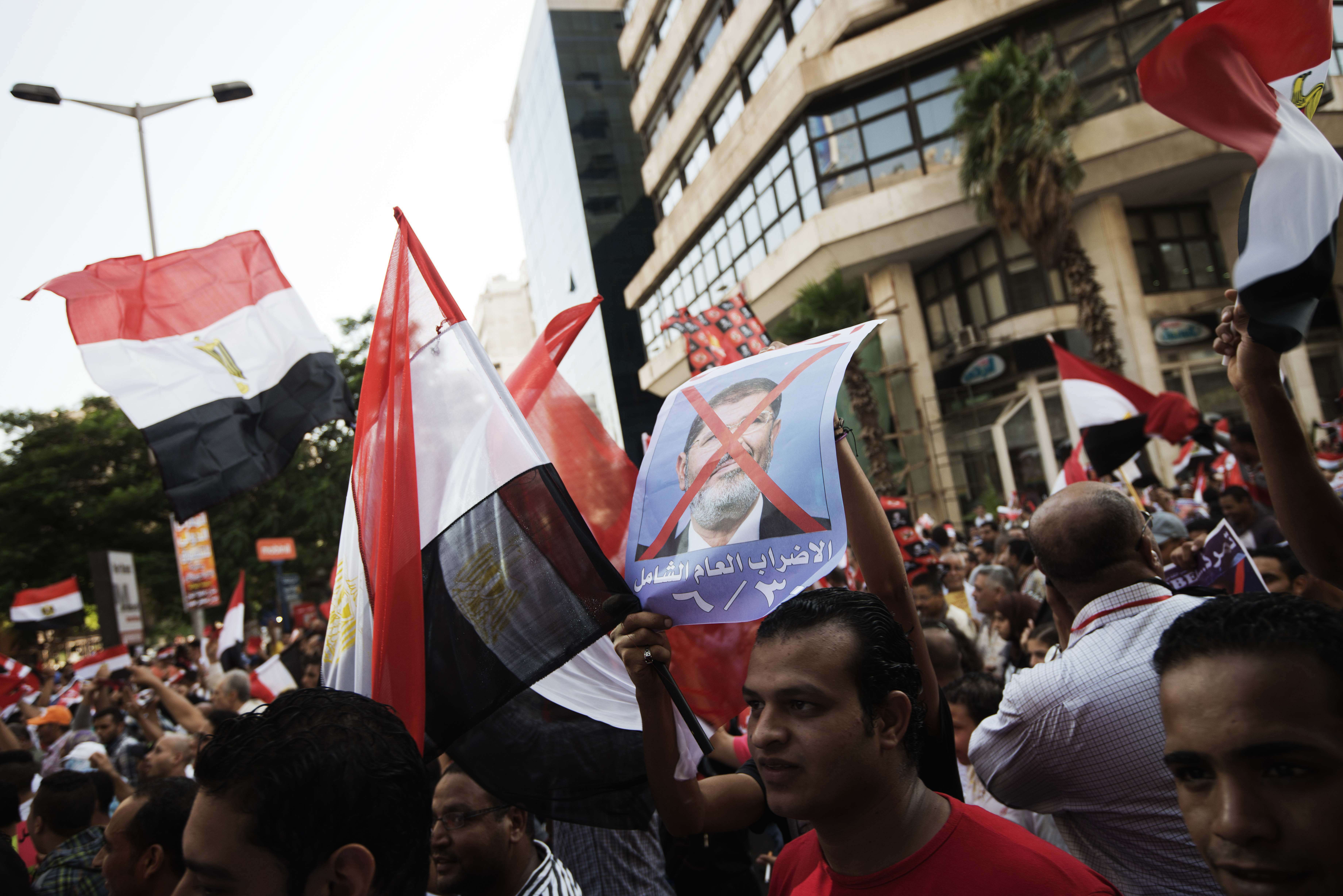 Several political groups issued statements Monday expressing their full support for the anti-government protests and marches that occurred across the country on Sunday.

They supported the “public’s demand of the regime’s downfall,” called for an open-ended sit-in, and some stressed their refusal to engage in dialogue with the presidency.

In its statement, the National Salvation Front (NSF) condemned the violence in Cairo, Beni Suef and Assiut that left several dead, and condemned the storming of the Muslim Brotherhood’s main headquarters in Cairo.

The NSF demanded that security officials reveal the identities of those responsible of violence, and called for peaceful protests.

Al-Tayar Al-Sha’aby  declared in its statement that the sole responsibility of the current government should be to protect peaceful protesters.

Al-Tayar Al-Sha’aby demanded that the head of the Supreme Constitutional Court (SCC) take over presidential duties for a period not more than six months, in order to form a national unity government, set a committee to adjust specific articles in the current constitution, and call for early presidential and parliamentary elections.

The Strong Egypt Party called the party’s members to join in protests and sit-ins.

The 30 June Front reiterated their refusal to speak with presidential officials, saying that protesters “should continue their sit-ins in vital areas including the Shura council, the ministries, Al-Qubba Palace and other squares across the country including Tahrir Square.”

On Monday morning the Tamarod campaign called for million-man marches to occur on Tuesday, demanding that President Mohamed Morsi step down by 5pm Tuesday.