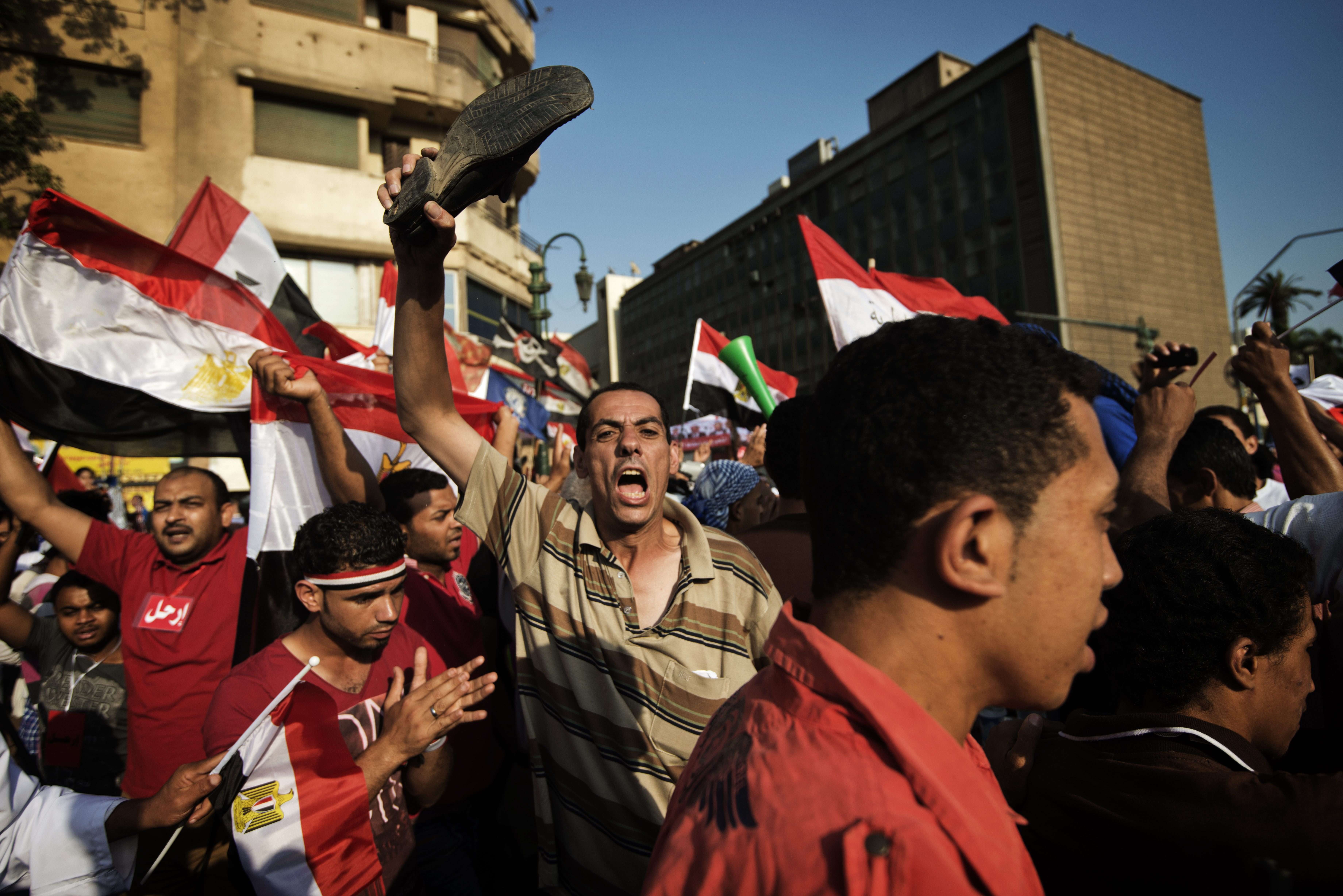 Protesters in Tahrir Square staged a sit-in at the Mogamma government building on Monday morning, demanding the departure of President Mohamed Morsi and early presidential elections.

A Mogamma employee who preferred to remain anonymous said the building was entirely surrounded by protesters at 8am. He added that the employees currently inside had either stayed on from the previous day, or come early before the protesters closed the doors.

He denied any form of civil disobedience inside building.

Ramzy said employees are either staying home or protesting in several squares in the governorate, chanting against the president and demanding his overthrow. He added that the protests in Menufiya are intensifying much faster than those in Cairo.

In Port Said, Al-Dostour Party member Khaled Saeed said civil disobedience had already begun on Monday but to a “minor extent.” He added that the majority of would-be demonstrators are waiting to join the 30 June Front.

“The majority of Port Said is protesting, yet civil disobedience will widely start on Tuesday if Mohamed Morsi does not step down,” Saeed stated.

The Tamarod (Rebellion) campaign issued its first statement of “the revolution” early Monday morning, demanding Morsi step down by Tuesday 5pm. The campaign threatened that if demands are not met by Tuesday afternoon, calls for civil disobedience will begin throughout the country, together with an invitation to the people to besiege the presidential palace.

Meanwhile, Essam Al-Erian, deputy head of the Freedom and Justice Party stated on his Facebook page that civil obedience will not take place, “as the delusional imagine.” He added that Egypt would not go through a military coup as suggested by some “failures”.