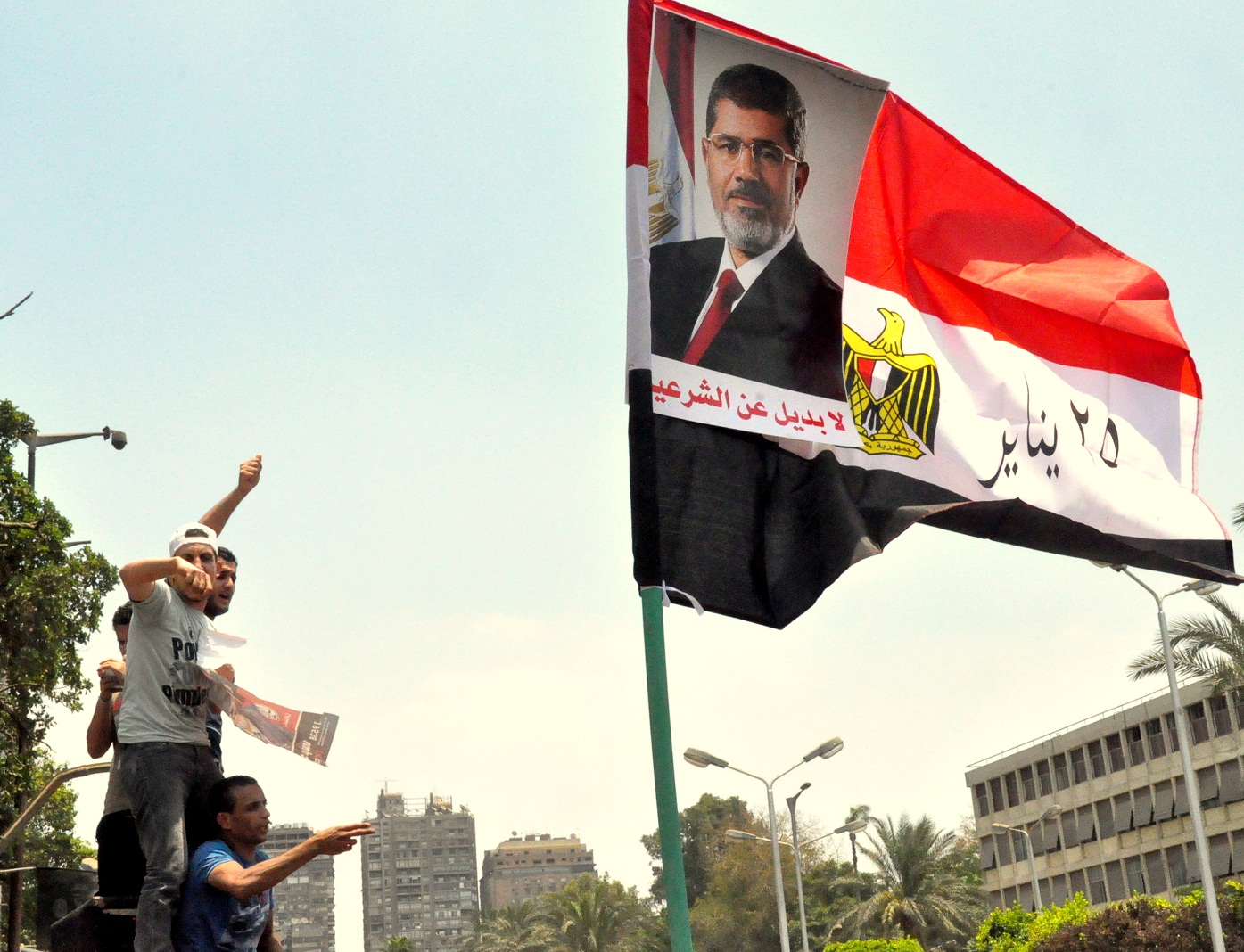 Hundreds of supporters of President Mohamed Morsi gathered in front of Cairo University as nationwide demonstrations continued into Tuesday.

Protesters blocked the roads leading to the front gates of Cairo University, erecting a stage.

The goal of the predominantly Islamist demonstration was to show support for the president’s legitimacy following a statement issued by the armed forces on Monday, which gave political groups 48 hours to resolve the current impasse before it would step in and provide a “roadmap.”

“Is this a coup or not a coup? The army said it wouldn’t involve itself in politics, so what did its statement mean?” he asked. “We won’t live under military rule again, and if there is a coup, we won’t keep quiet about it.”

“We all voted for Morsi, and now they want to topple him,” said Mamdouh Saeed, who also demonstrated in front of Cairo University in Giza. “This is a conspiracy created by remnants of the former regime, the police and criminals who have ruined the country for the past 60 years.”

“If Morsi is ousted, we will all lose,” he said. Saeed also stressed that people would not accept military rule and would “fill all the squares” to express popular will against it.

“I completely reject the army’s statement, ” said protester Abdel Wahab Mahmoud, accusing the army of “turning on the president.”

“I call on [Minister of Defence Abdul Fatah] Al-Sisi to revoke his statement because it compromises the presidency’s legitimacy and is very dangerous,” said Islam Shalaby, who described himself as an independent Salafi.

“I tell the opposition that they have the right to oppose, but they need to oppose peacefully,” he added.

Numbers of crowds at Cairo University continued to increase as of time of press on Tuesday afternoon.