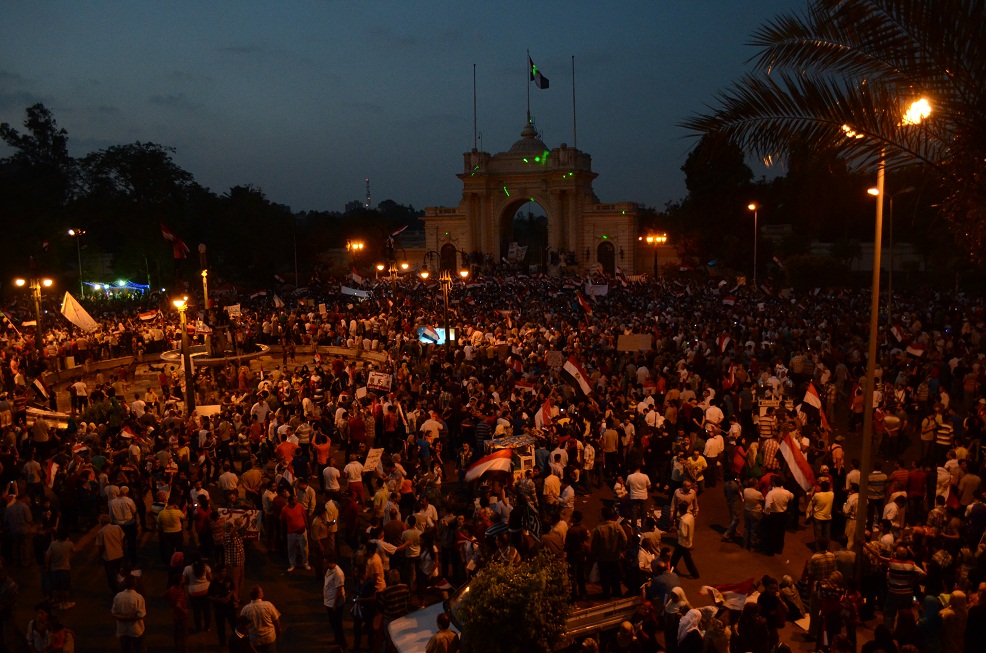 Demonstrations continued on Tuesday evening at both the presidential palace and Al-Qobba Palace as protesters persisted in their calls for the removal of President Mohamed Morsi.

At the presidential palace in Heliopolis, the protests reached their third straight day.

Thousands of protesters had arrived at the palace on Monday afternoon, many celebrating the ultimatum presented by the armed forces the day before.

The statement from the army, which set a deadline for Wednesday for the opposition to come to terms with the presidency, was welcomed by the protesters who chanted: “Come down, [Minister of Defence Abdul Fatah] Al-Sisi,” and played patriotic songs while calling for Morsi to leave.

Demonstrators also held up Tamarod signs, the logo of which was the centrepiece of a stage erected near the palace.

Volunteers provided tight security at the entrances to the demonstration and there were no reported incidents of violence going into Tuesdaynight.

Meanwhile at Al-Qobba Palace in Saraya Al-Qobba, demonstrators came in waves of hundreds, with thousands chanting by Tuesday evening.

Many protestors were chanting in favour of defence minister Al-Sisi, and chants of “the people and the army are one hand” rang out. One man who declined to be named said he expects Al-Sisi to remove Morsi from power on Wednesday in light of the 48 hour ultimatum issued by the armed forces on Monday afternoon.

Other protestors were more skeptical of the intentions of the armed forces, some challenging those who voiced support for them. These incidents were few and did not escalate further than a short verbal exchange.

The demonstrators were united in their chanting “leave” while waving pictures of Morsi with a red cross over his face. The crowd was filled with families with children whose faces were painted for the occasion.

At the time of writing, hundreds continued to move towards Al-Qobba palace, while some with young families were beginning to leave.

At the same time, hundreds of thousands flocked to Tahrir Square to demand the president’s ouster, where the atmosphere remained not only peaceful, but festive.