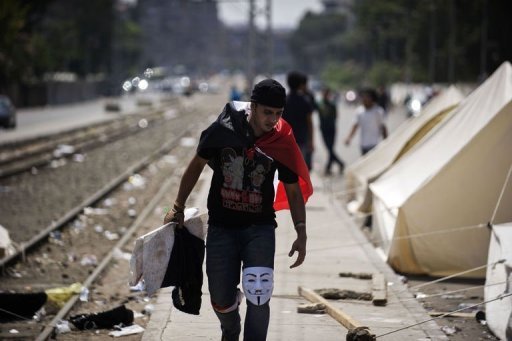 Rupert Colville said in a press briefing, “We call on the president of Egypt to listen to the demands and wishes of the Egyptian people.”

The spokesman said the high commissioner calls on President Mohamed Morsi to address key issues raised by the opposition and civil society in the past months and “heed the lessons of the past in this particularly fragile situation.”

Colville expressed regret over the deaths that took place in the 30 June protests and said perpetrators found to have used excessive force should be brought to justice.

He added that the high commissioner urges political parties and social groups to “urgently engage in serious national dialogue in order to find a solution to the political crisis.”

A note issued by the office of the spokesman of the United Nations Secretary General Ban Ki-Moon on Monday stated: “It is crucial at this time that Egyptians find the way to resolve differences through democratic means. Peaceful dialogue and non-violence are the keys to restoring stability and moving Egypt’s transition forward.”

The spokesman added that all leaders have a responsibility to work constructively for the sake of the country.

“A stable and secure Egypt is crucial for regional stability and security,” the note ended.

The statements come amid public polarisation in Egypt between pro- and anti-Morsi demonstrators.

Massive protests took place on Sunday calling on the president to step down and hold early elections. So far, however, the president has shown no sign of backing down despite the resignations submitted by several ministers and all presidential and cabinet spokesmen.

The army gave a 48 hour ultimatum for the two sides to resolve their differences, after which it will implement a “roadmap” for the country’s future. The 48 hour deadline ends Wednesday afternoon.