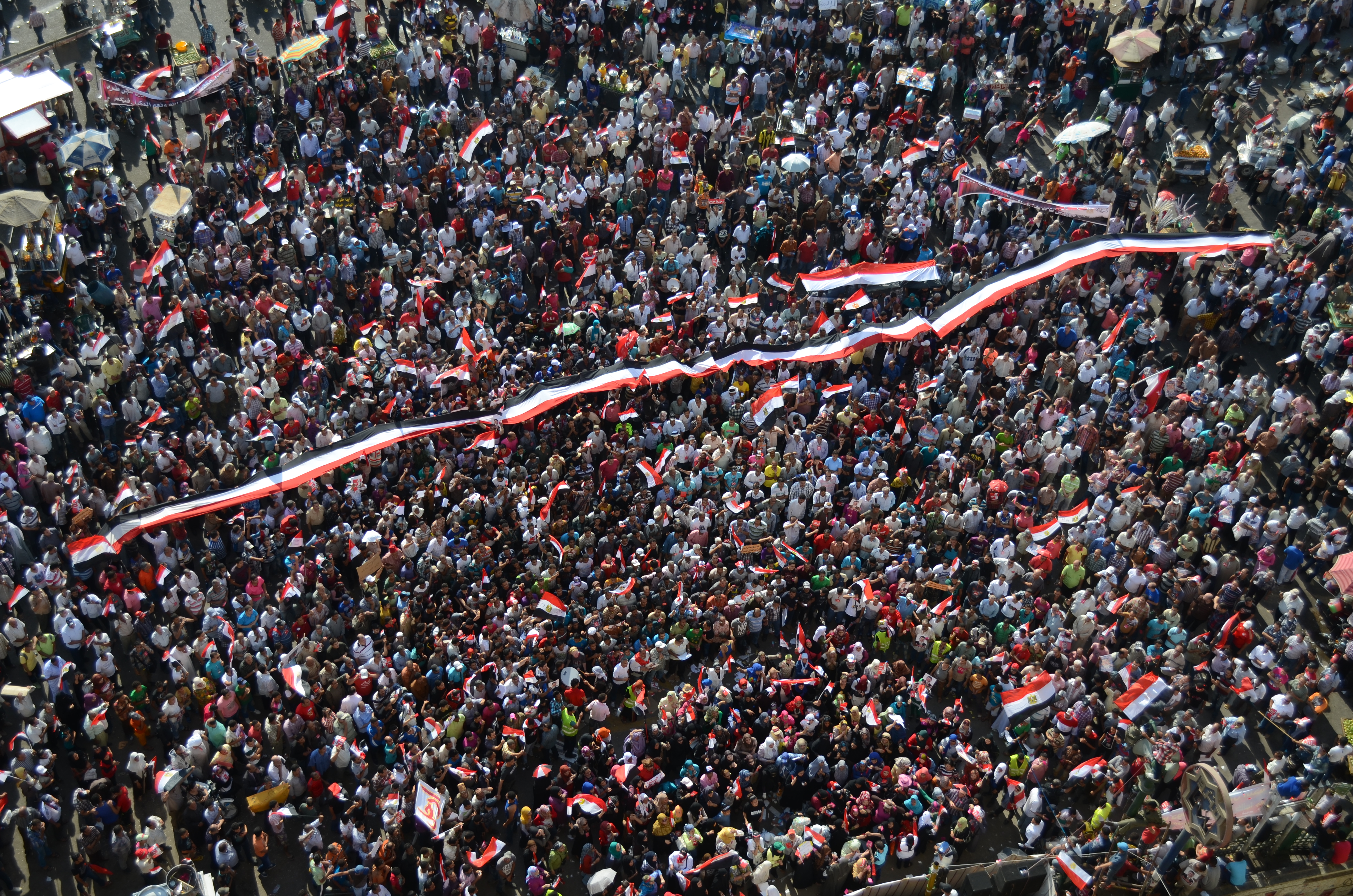 Protestors forced the closure of the Mogamma building in Tahrir Square on Wednesday 8am, to underscore their demands.

With a sign reading  “closed by the people’s command until overthrow,” the protestors called for the ouster of President Mohamed Morsi, as well as for early presidential elections.

The Mogamma, an iconic public administration building in the square, had been closed before due to protests. The offices in the building are responsible for issuing  passports, national IDs and official documents.