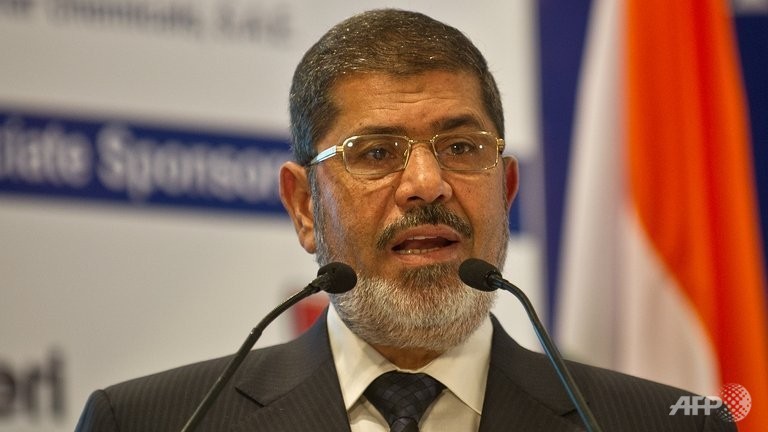 Former president Mohamed Morsi has been “under guard” at the Republican Guards Club since he was ousted as president on Wednesday night, official army spokesman Colonel Ahmed Ali told the Daily News Egypt.

Al Jazeera broadcasted his last television appearance after Minister of Defence Abdul Fatah Al-Sisi’s announcement that he had been ousted. In the 22-minute video Morsi remained defiant and emphasised his legitimacy saying: “I am the president of the republic and I am keen on this legitimacy.”

Following this video the details of his precise whereabouts are unknown. Media spokesman for the Muslim Brotherhood Gehad El-Haddad first claimed on Twitter that Morsi was under house arrest at the Republican Guards Club. One hour later he reported that Morsi was transferred to the Ministry of Defence.

Ali warned of conflicting reports and said that if anyone is arrested it will be under the rule of law, adding: “in the new Egypt everything will be done lawfully.”